Weightlessness is the situation of having zero weight of a body with certain mass. This note has brief explanation of free fall and weightlessness.

If an object is falling freely under the action of gravity alone without any external resistance then the situation is called free fall.

i.e. Acceleration of falling body = acceleration due to gravity during free fall. a = g

But if there is air resistance the situation of free fall does not arise. Thus, if there is no freefall then a < g

The paratroopers land safely on the ground with the help of parachute: It is because no free fall takes place if a person is falling with the help of a parachute. The parachute will increase the air resistance. Due to this, the acceleration of the falling parachute becomes less than the value of acceleration due to gravity. As a result, he or she could safely land on the ground.

In case of the moon:

One cannot land safely, because due to the absence of the atmosphere (air resistance). Hence, the parachute will fall freely on the moon. There is a high chance of getting hurt.

The probability of getting hurt is more when one falls from the significant height because:

The ground striking velocity while falling from a significant height will be more and, therefore, the effect of force also will be more. It is because momentum (M) will be more since, If the reaction that makes us conscious of our weight, when we stand or walk, becomes zero due to some reasons, one will feel weightless.  Weightlessness is the condition in which the weight of the body seems to be zero. A body with a fixed mass will be weightless under the following conditions:

Videos for Free fall and Weightlessness 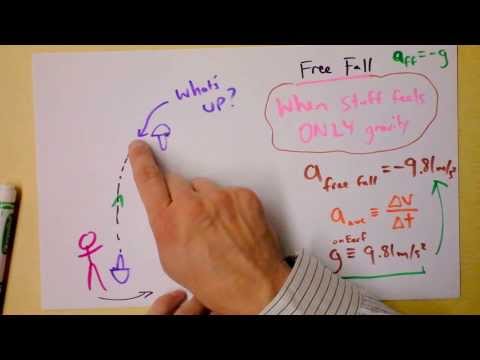 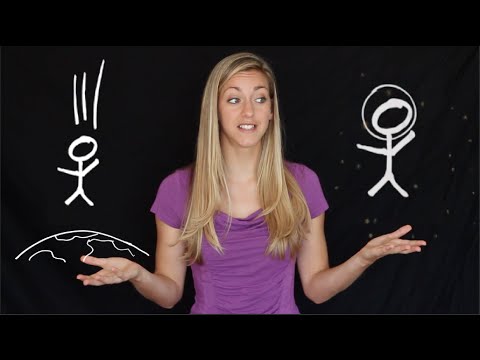 The Physics of Weightless Flight

At what condition a coin and a feather fall together? What is the acceleration of the feather and the coin at that instant? Justify your answer.

What is free fall?

The free fall is defined as the falling of an object in absence of any external resistance with acceleration equal to the acceleration due to gravity.

What is meant by weightlessness?

Weightlessness is a condition when any object falls freely under the action of gravity experiencing no weight of its own.

What is the difference between fall of a parachute on the earth and that on the moon?

On the earth the parachute at first falls with higher speed. But after certain time the upthrust of the earth and its downward force balance eachother. Due to balance forces it attains a constant velocity. But on the moon there is no atmosphere. Therefore, parachute falls down with acceleration due to gravity on the moon.

In real life, objects do not fall freely. Give reason.

Air is always present in real life due to the obstruction of air objects do not fall freely.