Judiciary is an independent, highly honorable and impartial organ of government which applies and explains the laws formulated by legislature and enforced by the executive. This note has information on judiciary and its types. Judiciary is an independent, highly honorable and impartial organ of government which applies and explains the laws formulated by legislature and enforced by the executive. There are 3 types of court in Nepal namely District Court, Appellate Court and Supreme Court. Judiciary is the guardian of the constitution because it protects and promotes the constitution through different remedies as well as punishments. There are 75 district courts in Nepal (one in each district) and it consists of a chief judge and a judge. It is the smallest court where the personal case of the people is registered. The chief judge and judge are appointed by the chief justice on the recommendation of the Judicial Council. The following are the qualifications required to be a judge of a district court:

i. A Nepali citizen having passed Bachelor's Degree from a recognized university in law.

ii. He/ She must have worked as a second class officer in the judicial field.

iii. He/ She must have practiced law for 8 years as an advocate.

There are 16 Appellate courts in Nepal in different places like Illam, Biratnagar, Dhankuta, Patan, Hetauda, etc. and consists of 1 chief judge and 6 or more judges as per requirement. The people who are dissatisfied by the decision of District Court can file the same case. The chief judge and judge are appointed by the chief justice of the Supreme Court under the recommendation of Judicial Council. The following criteria should be fulfilled to be appointed as a chief judge or other judges:

i. A Nepali citizen with sound mentality.

ii. Graduate degree in law from a recognized university and experience of working as a judge of District Court for 7 years or first class officer in the judicial field for 7 years.

iii. A law graduate with 10 years of experience as a senior advocate.

iv. Teaching or research experience at least for 10 years in the legal and judicial service.

It is the highest and independent court of Nepal. People file their case here if they are not satisfied by the decision of both District and Appellate Court. The cases of national issues are directly filed here and the decision of this court is final and should be followed by all. The only Supreme Court of Nepal is located in Kathmandu and consists of a Chief Justice and 14 permanent judges.

According to the Interim Constitution 2063, the chief judge is appointed by the President under the recommendation of Constitutional Council. The tenure of the Chief Justice is 6 years and the retirement age is 65 years. The other judges of the Supreme Court are appointed by chief justice under the recommendation of Judicial Council. It is called the court of records as it keeps records of all the courts.

The qualifications for the chief justice and the judges are: A Nepali citizen who has worked as a judge of the Supreme Court for at least 3 years.

i. A Nepali citizen who has worked as a judge of the Appellate Court for 7 years.

ii. He/ She has worked as a first class officer in the judicial field for 15 years.

iii. Bachelor Degree from a recognized university in law, etc.

Judiciary gives advice to the other organs and constitutional organs when required. Suggestion on national issues is the work of judiciary. It also finds remedies for complicated legal matters.

The main function of judiciary is to punish the culprit and give proper verdict in support of innocent on the basis of the existing law. It decides punishment for criminals and gives decision regarding national issues.

c. Interpretation of law and the constitution:

Another main function of the Judiciary is to explain the laws made by legislature and implemented by the executive. It supervises the laws and clarifies the meaning of the laws and their provisions.

The rights granted by the state are protected by the constitution as Judiciary gives clear decisions about the rights and duties of an individual. It gives justice or verdict if any rights are violated. 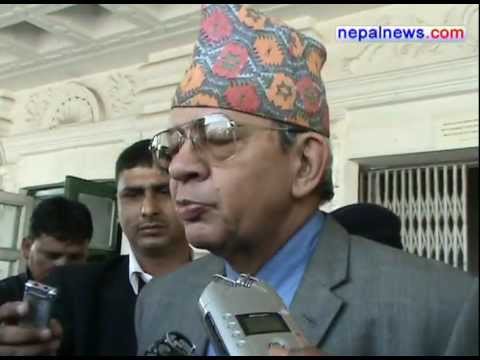 CA set to get 'final' extension of six months; taskforce decides to go with govt proposal 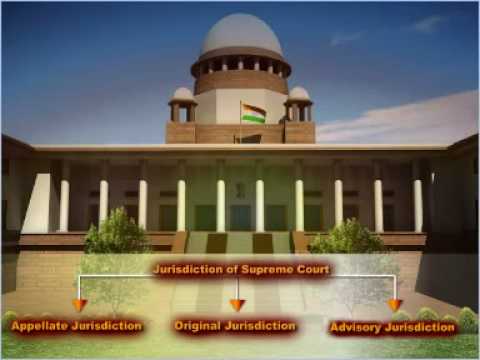 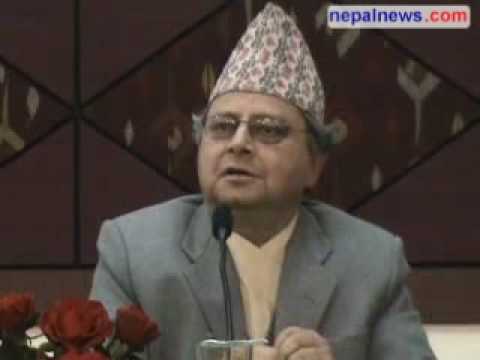 Judiciary should be strong in federal system: SC judge Sharma 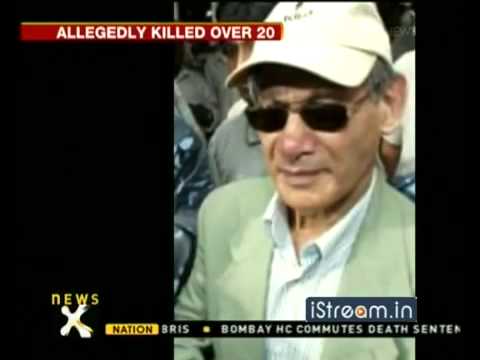 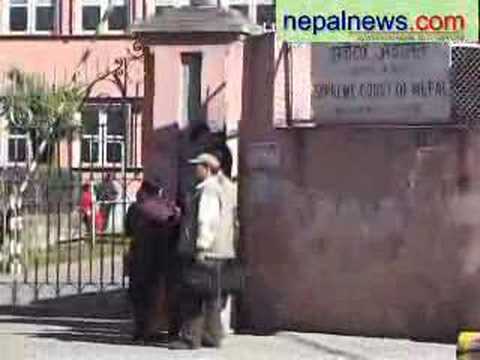 SC quashes govt decision to give Rs 1 million to MPs 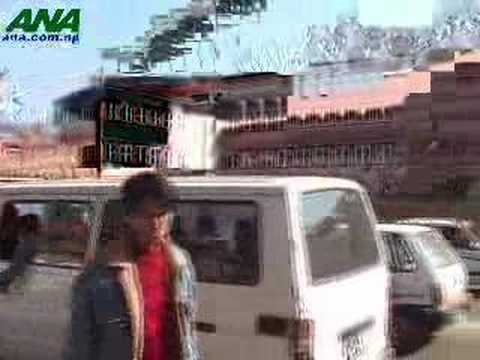 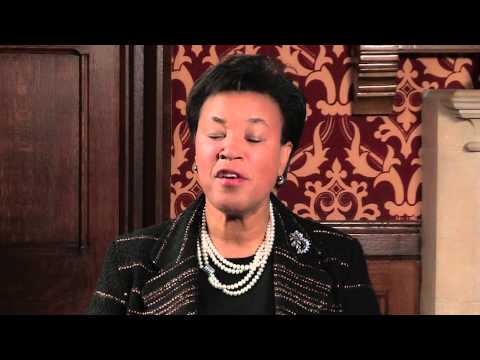 What is the role of the judiciary?

Why is judiciary called the Guardian of the Constitution? Write in a sentence.

Judiciary is called the Guardian of the Constitution because it protects preserves and promotes the constitution through interpretations, remedies and punishment.

There may be men and women in your community happy from the decision of a court. How is the feeling of case applicant and opponent in such case? What is the difference between the feelings of the both?

You might have heart that "Law is blind" or "No one can escape from long paws of law". Do you agree? Why? Why not?

Yes, I do agree because it cares only for proofs which may be reproduced by police or lawyer rather than eyewitness or self-observed. It isn't always sure that police or lawyer or eye witnesses, whoever they are, speak the truth. In such a circumstance, an innocent person gets punishments, but a culprit escapes.
It is also true that the culprits try their best to escape punishment but they fail and fall in the claws of the law.

Judiciary has an important role in a democratic country. Why? Explain.

Judiciary maintains law and order in the country. It interprets the law enforced by executive and made by legislature. It investigates, indentifies and punishes wrong doers. It establishes precedence which later on becomes law. It solves the various legal obstacles. Judiciary provides legal advices to the government and its employees. Moreover, it safeguards the fundamental rights as provides by the constitution. Indeed, judiciary plays an important role to maintain the rule of law in the state.

What rights should judiciary is proved with in democratic system for the preservation of freedom of the people? Write in points.

People are considered as the supreme power in the democratic country. Sovereignty is manifested in the people. Therefore, people are state power. In this context, judiciary should have the following rights.

Judiciary does the following works:

Why is judiciary called 'Guardian of Law'? Mention the judicial structure of Nepal. Describe in brief the judicial and advisory functions of judiciary.

Judiciary is that organ of the government which applies the law made by the legislature and enforced by the executive. The welfare and security of the people depend impartial and quick administration of justice. It is the main duty of judiciary to see that no branch of the government takes any action to law. Hence, judiciary preserves and protects the constitution and other sub-ordinative acts and laws and makes provision to abide by them. It investigates, identifies and punish the wrong doers. Similarly, it interprets the law whenever necessary. Moreover, it safeguards the fundamental rights as provided by the constitution. Indeed, judiciary plays an important role to establish rule of law in the state. So, it is very important organ of government.

Nepal has three tiers of courts. It has pyramid structure. Besides, there is a provision of special courts as well. They are as follows: -

Why has independent judiciary an important role in democracy? Write any three functions of judiciary to make democracy successful, strengthened and prosperous.

Judiciary is the third most important organ of the government whose function is to supervise whether the constitution is properly followed or not. It includes three tiers of courts such as Supreme court, Appellate courts and District courts. Judiciary or these courts should remain independent and neutral or impartial. it should not be influenced or controlled by any power and authority. Otherwise, it cannot give fair decision. There will be no guarantee to people's right, freedom and equality, which are the core components of democracy. The democratic assumptions, norms values cannot be guaranteed if such an organ is dependent upon other. Democracy remains to democracy in such a situation. Hence, judiciary should always remain independent for real democracy.

The three functions of Judiciary to make democracy successful,strengthened and prosperous are described below: -