UNMIN, the political mission was established on 23rd January 2007 A.D. under the leadership of Mr. Lan Martine. UNMIN is one of the missions sent by UNO for the restoration of peace and order in Nepal. This note has information about the role of UNMIN in maintaining peace in Nepal.

The UNMIN was established to help the peace process in Nepal. The UNMIN, the political mission was established on 23rd January 2007 A.D. under the leadership of Mr. Lan Martin. It stayed and helped Nepal for 4 years to establish permanent peace in Nepal. Its function came to and end on 15th January 2011 A.D. during the tenure of Karin Landgren. UNMIN is one of the missions sent by UNO for the restoration of peace and order in Nepal.

Roles played by UNMIN in Nepal

i) It played a vital role in managing arms and personnel of Maoist established in cantonment camps in various parts of the country.

ii. It continued its supervision to the activities of Maoist armies and armies of Nepal government and their weapons stored in several cantonments and Nepal’s armies Chhauni Barrack.

iii) It played a great role to be the mediator between Maoist and government of Nepal to restore permanent peace in Nepal.

iv) It contributed for certifying and qualifying the Maoist army which helped to initiate the peace process in Nepal.

The other remarkable works of the UNMIN are as follows:

i) Monitor the management of arms and armed personnel of the Nepal Army and the Maoist army, in line with the provisions of the Comprehensive Peace Agreement.

iii) Assist in the monitoring of ceasefire arrangements

iv) Provide technical assistance to the Election Commission in the planning, preparation, and conduct of the election of a constituent assembly in a free and fair atmosphere.

vi) The special Representatives of the Secretary- General leading the mission prior to the 2009 mandate renewal was Lan Martin. He gave his final briefing to the security council in January 2009 and was replaced by Karin Landgren. In 2009, the mandate was renewed, but with a phased withdrawal of UNMIN staff, in line with a report by the Secretary-General. In passing Resolution 1909 (2010), the Security council hoped to end UNMIN by May 15, 2010.

The United Nations is an international founded in 1945 after the second world war by 51 countries committed maintaining international; peace and security, developing friendly relations among nations and promoting social progress, better living standard, and human rights. At present, it has 193 nations and its member. Its latest member nation is Montenegro. The general assembly first met in London on January 10, 1946. It decided to locate the UN headquarters in the east United States.

Due to its unique international character, and the powers vested in its founding charter, the organization can take action on a wide range of issues, and provides a forum for its 193 member states to express their views through the general assembly, the security council, the economic and social council and other bodies and committees.

The work of united nations reaches every corner of the globe. Although best known for peacekeeping, peacebuilding, conflict prevention, and humanitarian assistance, there are many other ways the United Nations and its system affect our lives and make the world a better place. Nepal got the membership of UNO on 15th Dec. 1955 A.D. Since then she has agreed and signed the UN charter, treaties, commitment, resolution and agreements. The specialized agencies of UNO are actively working for the welfare of Nepal and its citizen. It has been providing financial, technical and other required assistant to promote and develop education, health, transport, communication, power etc.it has been supporting Nepal to preserve the natural means and resources. It has been carrying out various plans to solve the problems prevailing in various societies of Nepal through its specialized agencies. It has been launching various plans and policies to raise the living standard of women, Dalit, indigenous tribes, physically retarded persons and helpless people in Nepal since its establishment.

The SAARC was officially established on December 8, 1985, for maintaining mutual cooperation among the South Asian countries. It is a non-political and regional organization comprised of seven members of the South Asian region earlier. Afghanistan joined the organization as the 8th member. So, now this organization has 8 member nations. Currently, SAARC has 9 observers. The logo of this organization was designed by Sailendra Maharjan, a citizen of Nepal. Afghanistan, Bangladesh, India, Maldives, Nepal, Bhutan, Pakistan and Sri Lanka are the member nations of SAARC. Australia, China, European Union, Iran, Japan, Mauritius, Myanmar, South Korea and the United States are the nine observers of SAARC.

i) To promote the welfare of the people of south Asian countries and develop their living standard and quality of life.

ii)To accelerate economic growth, social progress, and cultural development in the region and to provide all individuals the opportunities to live in dignity.

iii)To promote and strengthen collective self-reliance among the countries of South Asia.

iv)To cooperate with international and regional organizations with similar aims and purposes.

v)To contribute to mutual trust, understanding and appreciation of one another’s problems.

vi) To strengthen cooperation among themselves in international forums on matters of common interest.

The SAARC Secretariat is the chief administrative body of SAARC which was established in Kathmandu on 16 January 1987. It coordinates and monitors the implementations of SAARC activities, services and the meeting of the Association and serves as the channel of communication between SAARC and other international organizations. The Secretariat comprises the Secretary General, seven Directors, and the general Services staff. The detail of its official and working divisions responsible for areas of work can be viewed under respective links. The chief administrator of SAARC is the General Secretary who is appointed by the council of Ministers for two years. India is the largest country to provide fund required for this organization. About 30% of the fund is given by India. The given table shows the General Secretaries of SAARC along with their respective countries and tenure of office.

Videos for International Relation and Nepal 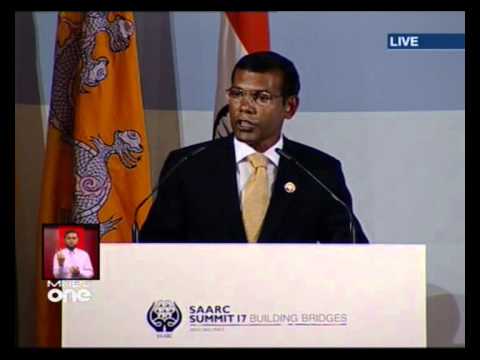 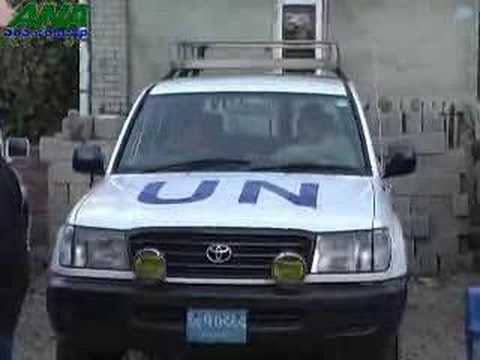 United Nations Mission in Nepal (UNMIN) has completed the se 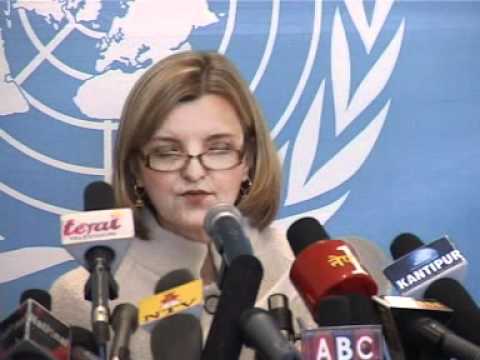 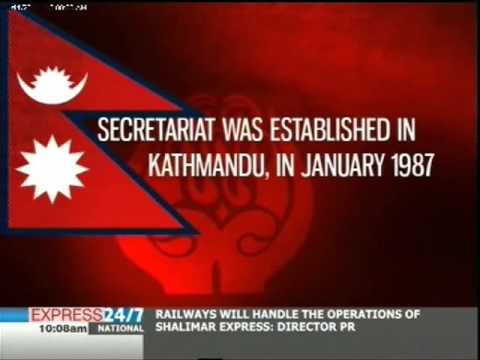 What type of work do Nepal Army and Nepal Police force do in our country?

Nepal Army and Nepal Police force have been providing emergency services during floods, landslides, earthquake, air crash, mountaineering accidents, etc. It solves problems in the country in a peaceful manner. They also fight against anti-national groups. They try to maintain security within the country and safeguard human rights of the people.

In which countries are the Nepalese Army working as peace keeping force?

Conflicts, hostilities and alliances still exist among different countries in the world. What sorts of strategy should UN adopt to minimize such conditions and establish harmony, peace and security in the world?

Suggest any four measures to promote international peace and understanding.

Peace is an essence of life. All the people want to live peaceful and prosperous life, like individuals, every country has a desire to be in peace and order. It determines their level of development.
In order to maintain and promote international peace and understanding, the following points may be applicable:

'Games and sports play vital role to maintain understanding, cooperation and peace in the world.' Justify this statement with your logic.

Games and sports are not just good ways of recreation; they are the means to promote universal brotherhood and understanding among the people. The organization of different events of games and sports such as Olympics, SAFF games, world cup, etc. gives a platform to exchange feelings, ideas, constructive suggestions, etc. among the players from different parts of the world and promote mutual cooperation and support. They help to enhance healthy competition. We can take an example of India and Pakistan who were rivals but now they have contributed in maintaining understanding and cooperation through games and sports.

If a woman from Canada, America or England has come to stay at to your place and you had to ask to interesting questions about her lifestyle, education and geography, country, politics and economics, what questions would you ask?

If a woman from England has come to stay at my place, I would ask her the followings questions:

International understanding and relations are built up, like human relations on common feelings. Nations are too poor and rich, weak and strong, peaceful and warming. As a global community, they have to follow certain principles for peaceful co-existence. The defiant perish forever. Indeed Nepali believes in the 5 holy principles of Panchasheel. What are they?

Describe in brief role played by Nepal to maintain peace in the world.

Nepal is considered as the "Zone of Peace". It is the birth place of legendary apostle of peace Lord Gautam Buddha. But Nepal doesn't just stay idle as a witness to all the evidence happening around the world. Nepal is an active participant to peace conferences and also a member of UN peace keeping force which helps to keep peace and maintain neutrality in war affected areas like Lebanon.

How many members are there in the security council of the UNO? What is the main objective of UNO?

The Security Council consists of 15 members five of which are permanent and 10 temporary members in the UNO. The main objective of the UNO is to maintain international peace and security.

Name any two countries which are suffering due to terrorism. What remedies do you suggest to prevent it?

India and America are the two countries which are suffering due to terrorism. I want to suggest the following measures to prevent it:

How is Nepal helping in promoting international understanding and cooperation?

Nepal is promoting international peace and understanding and cooperation:

How is our country helping in international understanding, peace and cooperation by involving the military force in peace keeping force of UNO?

Nepal sends its police personals and soldiers to join peace keeping force of UN. Nepalese army is known to be brave and courageous. Till today Nepal has helped in several peace keeping operations of UNO like Lebanon, Afghanistan, Iraq, Somalia, Congo, etc. understanding, peace and cooperation.

Do you agree with Nepal's decision to send people to be a part of UN peace keeping force? Give reasons for and against the decision.

Yes, I would like the idea of sending Nepalese youngsters to the peace keeping force of UNO. The probable reason could be:

Why is nepal's role not effective expected in international forum? Explain