The particular days in which great changes, events, or declarations have been made for the welfare of the concerned people, tribe, class, or the whole country is known as national days. This note has information on national days celebrated in Nepal.

The particular days in which great changes, events, or declarations have been made for the welfare of the concerned people, tribe, class, or the whole country is known as national days.There are certain days in our calendar which we observe with great enthusiasm throughout our country. These are the days of our great achievements, the days when we pay tribute to martyrs or great leaders, the days when our history took a new turn. These days have been declared as National days by the government of Nepal. Some national days are described below:

Some important national days celebrated in our country 16th Magh is commemorated as Martyrs day in our country. It is the day when enthusiastic youths were killed for democracy by the autocratic Rana ruler. The commemoration of the martyrs continues for a week in Kathmandu. People pay homage to the martyrs all over the Nepal. In Kathmandu ministers, government officers, political leaders, and even ordinary citizens go to the Martyrs gate at Tundhikhel and offer garlands and bouquets to the busts of martyrs in honor of their contributions to democracy. They also visit Teku- pachali where Shukraraj Shastri was hanged, Siphal where Dharmabhakta was executed and Shobhagawati where Dasrath Chand and Gangalal were shot dead. Similarly, Sahid Smarak (Martyrs Memorial) at Lainchaur is the place where martyrs are honored by offering flowers, etc. Likewise, we also pay tribute to known martyrs who sacrifice their lives during the movement of 2062/63 BS, and Madesh Movement as well as the Maoist Peoples' Wars. 7th Falgun is the democracy Day in Nepal. On that day in 2007 B.S. Rana rule was overthrown and democracy was established in the country. Every year we celebrate democracy day, on this occasion, there is a public holiday. People take out a procession in every town and leaders address meetings in order to raise awareness. Different kinds of programs are launched. On 14 September 1990, (29 Bhadra), Nepal signed the International Convention on the Rights of the child 1989. We observe this day as Children's day. On this day, various programs are organized in schools and Bal Mandirs. Children are given sweets, fruits, and clothes. Speeches are made to make people aware of child rights. Baisakh 11 is a red-letter day in the history of Nepal. On this day in 2063 B.S. King Gyanendra had to yield to the 1 day long People's Movement II. He had to return the state power and sovereignty to the citizens of Nepal. This day is celebrated as Loktranta Day in the country. Education day used to be celebrated on Falgun 12 but from 2063 BS it is celebrated on September 8, which is the World literacy Day. On this day, people and institutions that have rendered valuable services to the cause of education are honored and awarded for a special program. In addition to this, medals and certificates of honor are awarded to those who have done Ph.D. or topped in Masters and Bachelors levels. These schools whose SLC results are best in the country or district are awarded education shields. We celebrate International Women's day on March 8 every year to commemorate to the struggle made for the equal rights with men. Women in government service are given holiday. They organize programs to arouse awareness in women. Men and women are equal in the eye of law and both of them should be equal in society as well.

Videos for Our National Days 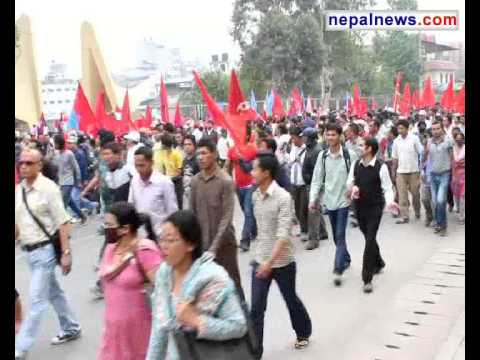 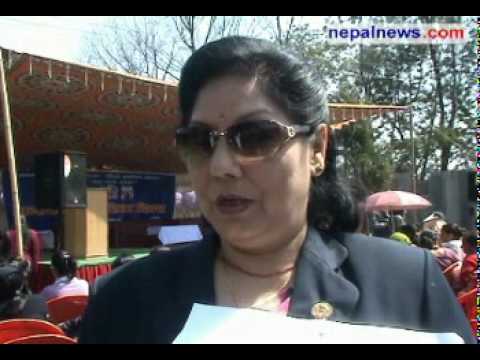 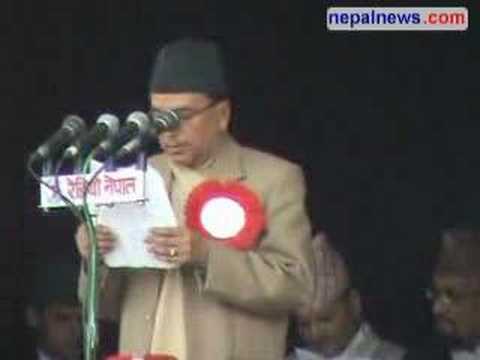 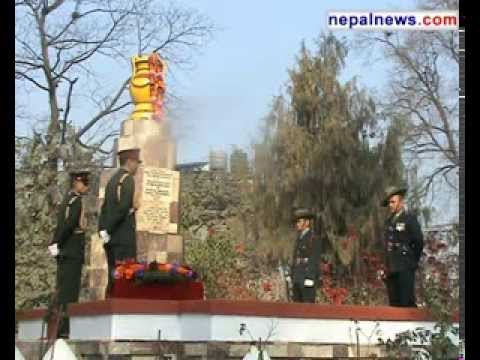 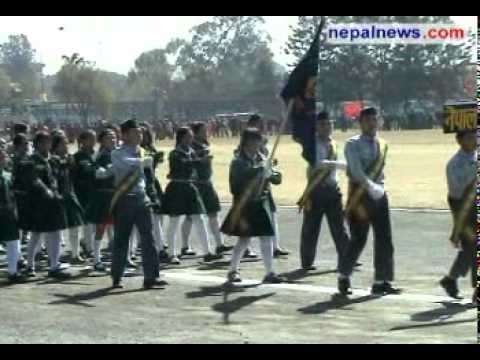 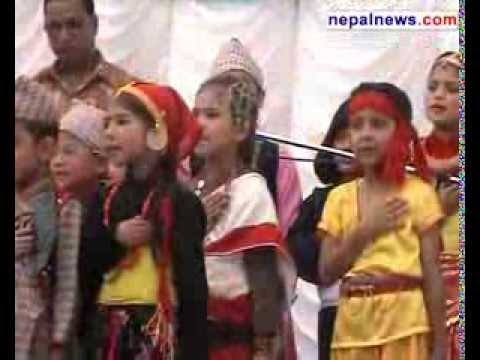 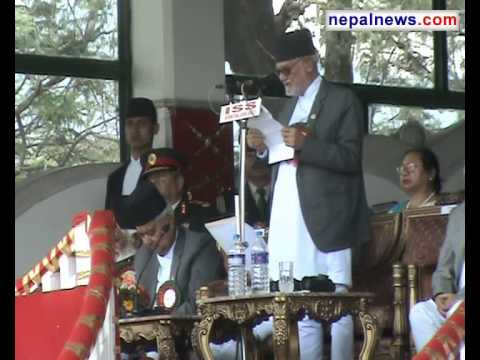 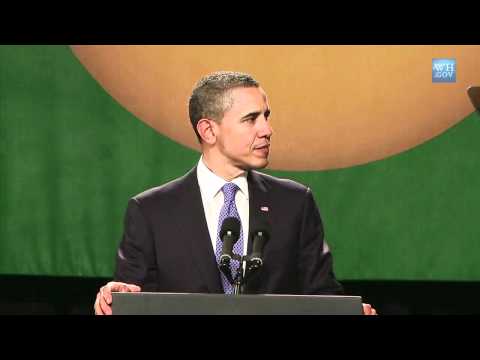 President Obama on the Importance of Education 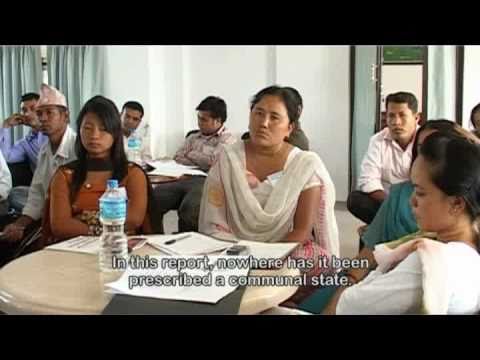 Voices from Below: Constitution Making in Nepal

There is no consensus regarding celebration of National Days. Some people emphasize on celebration while others consider as a misuse of time. In your opinion, is it appropriate or not to celebrate National Days? Mention in four points.

There is no consensus regarding celebration of national days. Some people emphasize on celebration while other consider it as misuse of them. I think, it is very appropriate to celebrate the national days.
The reasons behind the importance of celebrating national days can be made more clear from the following points:

"Celebration of Martyrs' Day is duly a respect to the martyrs." Write your opinion to the statement in four points.

A person who suffers death for a cause of benefiting the nation and its people is known as martyr. Nepal celebrates Martyrs' Day on 16th Magh every year. By offering bunch of flowers to the statue of the martyrs and conducting various programmes to memories their contribution, this day is celebrated at different levels. The Government of Nepal also announces public holiday on the date and encourages all to participate in the programmes organized on the occasion.
Organizing various activities to respect and honour the outstanding contribution made by the martyrs for the betterment of the country encourages all to prepare themselves for sacrifice and devotion. Hard work and feeling of patriotism can be learnt from the martyrs. The principles and convictions adopted by the martyrs readily empower the conduct of general people to the leaders. That instantly means they are all time memorable or the people and nation.
Considering all the tributes paid by the state to the martyrs has significantly uplifted their importance at present. This also shares greater responsibility with the people in the days to come. So, it is a due respect for the martyrs to celebrate the Martyrs' Day on Magh 16th every year in Nepal.

Every year 14th September (Bhadra 29) is celebrated as a Children's Day. How should it be observed? Write your opinion in four points.

Every year 14th September is observed as a Children's Day. As it's a special occasion for children. It should be observed in the following ways:

Are you satisfied with the way the National Days are celebrated or would you suggest some changes? Write a letter to the editor of Gorkhapatra giving some suggestions.

Dear Sir/ Madam,
I would like to put forward a few suggestions for the celebration of national days.
We have a tradition of giving holiday on national days. But how does it help in giving the importance of the day? People rejoice on the holiday but do not feel the importance of the day. So, instead of giving holidays on national days, we can conduct several programmes revealing the specialty of the day and make people feel its importance. National days are not celebrated the way they are supposed to be. So I like to request you to emphasize on this topic in your paper Gorkhapatra and publish my views.
Thank you.

Write any four national days of our country and explain any two of them in short.

Why do we celebrate Martyrs' Day?

We celebrate Martyrs' Day on 16th Magh to commemorate the sacrifice of different martyrs who fought the Rana regime and also to emulate the path that they have shown to the nation.

In present context, which of the national days need to be observed in Nepal? Why? Write some reasons.

National days are those days of such significant values celebrated on the commemoration of past glories of events or greatness of national figure. There are many such national days but in my opinion any one such important days to be importantly celebrated is Democracy Day.
Nepal got an end of 104 years old of despotic Rana rule in 2007, Falgun 7. It was a period of darkness caused by injustice, exploitation, family luxury, feudalism, ignoring people's rights, etc. the struggle against the Ranarchy throughout the country along with the martyrdom of great heroes, armed movement and people's revolt ultimately made the Rana rule come to end. This is a great day. It taught people should themselves fight for their rights and freedom.

We regard the historical Loktantra day of Baishak 11 as a day of genuine importance. Commemorating the great political achievement, we celebrate this day every year with commitment and other type of awareness programmes. In this context, as a school captain, I had arranged a formal programme under the support of school administration. It has done following things:

It has been started to celebrate Children's day on 29th Bhadra from 2063 BS. But nowadays, it is celebrated is traditional style. What should be done to change the style of children's day celebration? Give your views in four points.

Breaking the system of celebrating the Children's day on Bhadra 4, we have started it celebrating on Bhadra 29 on the World's Children Day. But it clearly seems to be celebrated only as a formality at least thinking, acting on the welfare and promotion of the children. For the effective and result oriented programmes in the favor of children I think the following ways should be the ways of celebrating it:

In a program organized on the occasion of Children's Day, an intellectual person said, 'children can utilize their rights till all children feel secure in nation'. Present your views with any four logics to support the statement.

Obviously, children of small age can't struggle for their rights. They have to be offered with such rights with the instinct of doing welfare over them and thinking seriously on their part. Many of them may not know what rights they are offered and how to utilize them. I put forward my opinion to support the above statement:

In what ways the national days be celebrated