The Red Cross Society is an international organization that was established on 26th October 1863 A.D. in Geneva, Switzerland. A famous Swiss baker named Jean Henry Dunant founded it. This note has information about the contribution of Red Cross and SOS in Nepal.

The Red Cross Society is an international organization that was established on 26th October 1863 A.D. in Geneva, Switzerland. A famous Swiss baker named Jean Henry Dunant founded it. In 1859, he had been to Italy on his vacation where there was the war of Solferino going on. The very next day, he saw a battlefield where about forty thousand people were killed and many people were badly wounded. The sight touched Dunant emotionally since there were no doctors or any volunteers to rescue and treat those war victims. After he returned to Switzerland, he wrote a book in which he stated his intention to help the victims of the war and the natural disasters. In 1863 AD, delegated from 16 countries assembled in Switzerland and founded the Red Cross Society.

In Nepal, it was established in 2020 B.S. at Tahachal, Kathmandu. Since then, it has been working a lot in Nepal to serve humanity.

The main services provided by the Nepal Red Cross Society are as follows:

SOS (Save Our Soul)

The SOS stands for Save Our Soul. It is a renowned international social organization that has been providing social services since its establishment from 1949 AD. The founder of SOS was an Austrian citizen named Herman Gmeiner who established a children Village Austria in 1949 AD. The SOS was established to help the children who had been disabling or orphaned during the World War II. But later on, it started serving children who were abandoned and orphaned children throughout the world. There are SOS children villages in different parts of the world. In Nepal, there are eight such villages.

Its main functions are:

The Scout Associatioon was started in 1907 by Lord Robert Baden-Powell. His vision was to create a better world. He developed the Scout Promise and Law that Scouts still live by today. He began this to stop youths from going wronh way after returning from war.

Its main functions are: 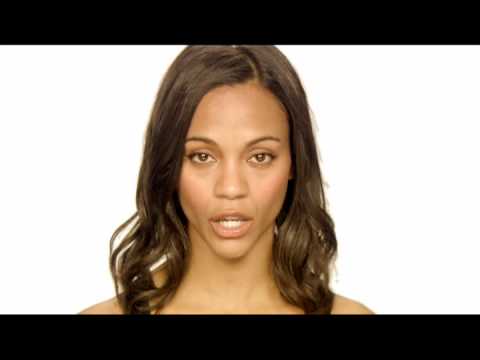 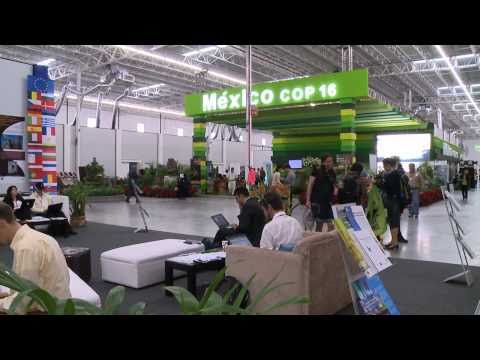 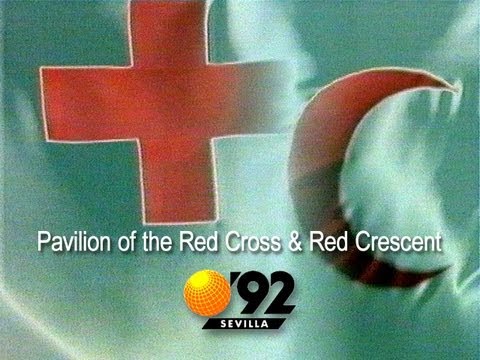 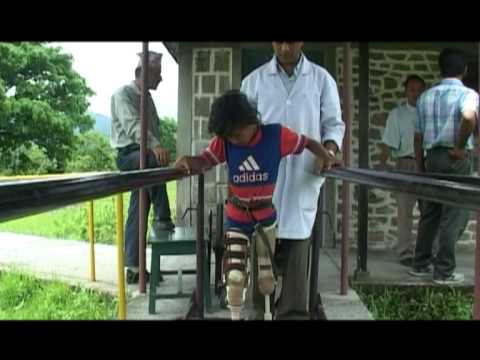 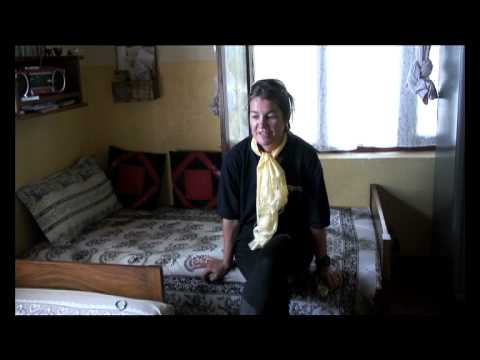 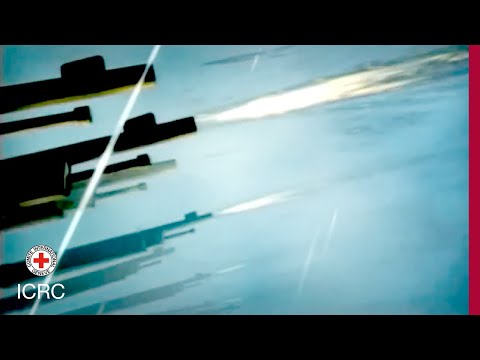 Story of an Idea - the film

Thousands of wounded soldiers got trouble in battle of Solferino. Jean Henry Dunant was influenced by that situation which lead him to establish international Red Cross Society. If you are also desirous to do any new work influenced by any social condition then present your opinion.

Due to Maoist insurgency, many people become homeless and many children lost their parents. I heartily like to do some works for such children. I want to help the children by raising funds from the people of my neighborhood and others. I would like to manage food, clothes, books, etc for them. I have a desire to work as a volunteer and help them as possible as I can in reducing pain and sorrow in their life.

How did Jean Henry Dunant contribute towards the established of Red Cross?

In 1859, Italy witnessed great measure at the battle of Salferino. In June, a young Swiss businessman, doctor and philanthropist, Jean Henry Dunant (1828-1910) was vacationing inSalferino. One day, he went to meet the French emperor Napoleon III (1808-73). Butthe sight of the war ridden town moved him. Forty thousand people were killed and injured in the continuous war between the Austrians, during the French and Austrians struggle for Italian independence. Italy was full of wounded soldiers. They were lying all over the town allying helpless. So, Dunant began to organize help. He urged the women to nurse and to supply bandage. He urged the children to carry water. He urged the others to help the wounded by any other means. The situation improved within five weeks. On his return, Dunant resolved to establish an organization invite "the volunteers from all over the world and help the causalities of the war or national disasters like earthquakes." He proposed it three years later (1862) in his book UN Souvenir deSalferino(amemory ofSalferino). It stirred the entire established a permanent international committee. Itwas represented by delegates of 16 countries sounding to the international Red Cross.

What was the agreement about which was signed in Geneva? Are these countries following the terms of the agreement?

How do the social workers of the Red Cross society provide necessary materials and health service to victims of floods or earthquakes?

Red Cross society has central regional and district level offices. These offices have essential materials, food, clothes, tents, curtain, medicine etc. needed during the time of natural calamities. When any natural calamities occur, the social workers of Red Cross society take these materials as soon as possible. If the materials are not enough the social workers of Red Cross society can even seek the help from other branches or offices from within the nation their office and if the number is not sufficient they send the doctors or nurse of their office and if the number and providing health service they do not make any discrimination. However, they take the situation of the region into consideration. Hence, people may get more less service as per need.

What would you do if you came across a drowned person who has stopped breathing?

I would keep the drowned person on a firm surface. I would quickly clear out the food or other materials from the mouth and throat. Then, I would extend his head as far as possible. I would pinch his nose with my fingers. Then, I would seal my mouth around his mouth. I would let below air into lungs. Lastly, I would remove my mouth quickly in order to allow passive expiration.

When was Red Cross organization introduced in Nepal? Where is its headquarters and what are its contribution in Nepal?

Red Cross society was introduced in Nepal in 1863 A.D. the headquarters of the Nepalese Red Cross society is in Kathmandu. The Nepal Red Cross society has been providing valuable contribution in the field of social service by helping the poor and needy people and has also helped running blood donation camps, ambulance service etc.

The main functions of Nepal Red Cross society are:

Discuss the activities performed by Red Cross society in your district.

Red Cross society has run first aid centres in different parts of district. It has distributed food, clothes, tents etc. to the affected by flood, landslide and famine.

How many countries have SOS village in the world? What is the number of villages? How many SOS villages are there in our country?

Give a brief introduction of SOS children's village.

SOS stands for 'Save for soul'. It is the voice of the disabled, helpless, orphans and homeless children. After the Second World War in Europe, there were thousands of orphans. Dr. Herman Geminer, a professor of Austria, opened children's village in Austria in 1949 where they could live in a family with a mother. Several such groups would from a village. According to recent data of 2002, SOS villages are established in 131 countries of the world. The members of villages have reached 1540 in 2000. More than 650000 people and organization have been donating fund to run these children's villages. SOS children village have now established a total of 15667 facilities of different categories. After the death of Dr. Hermann Geminer, Mr. Helmut Kuttin has taken over the change of chairmanship of SOS organization.
SOS children's village was established for the first in Nepal in 1973 at Sano Thimi Bhaktapur. The SOS organization in Nepal celebrated its silver jubilee in 1988. At present there are 8 SOS villages in Nepal. There are children villagers in Sano Thimi, Jorpati, Pokhara, Surkhet, Itahari, Chitwan, Banepa and youth villages at Koteshwor, Kathmandu, Pokhara, Nepalgunj and Biratnagar programmes like vocational training, ceramic training, mother retirement homes, social centres for mothers and children etc are run in these villages. More recently, SOS National training center has also been established in Banepa for providing training to mothers and teachers.

What are the special features of the SOS children's village of Jorpati in Kathmandu?

The SOS village of Jorpati in Kathmandu is very popular. This is especially for orphans with all kinds of disabilities. Five boys/girls of different age group live in one house with a 'mother' and an 'aunty'. The 'aunty' is like an assistant to the mother who helps her to look after the ten handicapped children of the house. They have small swimming pool, all children attend normal exercise. There is an orthopedic hospital nearby. All children attend normal schools. After SLC they attend campus for higher education. Some take vocational training to be independent.

Explain the establishment of Nepal Red cross society and its contributions.

Red Cross is the most widely expanded humanitarian organizations throughout the world. It was propounded by Sir Henry Dunant, during the course of its worldwide expansion; it was in Nepal in 2020 B.S as Nepal Red Cross society. It performs various functions. Among them any three are as follows: