All those social practices, for example, customs, traditions, festivals, norms and values which affect particular gender, caste, elders are called social evils. For example child marriage, ghumto pratha, chhaupadi pratha and etc. This note has information about social evils that are prevailing in our society.

Even in the twenty-first century, we have not wholly got rid of superstition and ignorance. We are blindly following some bad customs in the name of what our ancestors did. This is a slur on our society. They are of no use today instead, they are obstacles on the way of development and peace and order. They are social evils and need immediate elimination. Here are some of the examples of social evils prevent in our society. There is a caste system in our society. This system has divided the castes into two classes- high caste and low caste. Again among some castes in the low class have been declared untouchables. The untouchables are prohibited from touching the touchable, their food, drink, entering, their houses, temples and drawing water from the wells, etc. They are hated and exploited. The Muluki Ain of 2020 BS, the Constitution of the Interim Constitution of Nepal 2047 BS and the Interim Constitution of the Kingdom of Nepal 2063 BS have declared all kinds of discrimination unlawful. So untouchability is illegal and punishable, but it in practice in the society. This practice is a social evil. It deprives the so- called untouchables of their social and legal rights. It is an innovation of human rights. It may cause a revolt and break social integrity.Educated persons are against this narrow-mindedness and defective outlook. Young generation must bridge the gap between the high castes and low castes. We are all honorable members of the society. The dowry system is the money in cash or goods that the girls parents promise to give to the boys parents for the marriage of the boy and girl. The demand is made by the boys family. There may or may not be the demand rebate. After this deal, the boys parents agree to let their son marry the girl. But if after the marriage the dowry is found less than settled, new brides trouble begins. She is insulted, her father is abused. She is beaten, tortured and sometimes brunt by her husband and in-laws. If the bride is courageous she goes to the police station or the law court to sue her in-laws including her husband. But many don't dare. At the outset, the dowry was a token of love and blessing for the girl from her parents. But now it has become a compulsion, a borrowed loan that the girls parents have to pay at all costs, even by becoming paupers. The dowry is a fatal disease whose infection is spreading to other parts of our country from the Terai. Many girls have committed suicide. Many fetuses have been destroyed in the womb. This inhuman custom must be eradicated. This needs stern legislation. Both boys and girls should take it as a challenge and fight. Both the boys side and the girls side should be punished if found involved. Love marriage and inter-caste marriage should be encouraged. A campaign against this system should be launched. Public awareness should be created by holding meetings, publishing articles in the newspaper, and displaying posters ad placards. Processions should be taken out. This custom is prevalent in the Terai. The Muslim girl, especially adult, wears burkha which is made of cloth with two holes at the eyes so that she can see others but others especially men, cannot see her. This custom hampers her education and health. A different kind of Ghumto system is practiced in the Hindu women's. A newly married Hindu girl keeps her head and face hidden from her father in law, elder brother in law and strangers. For this, she covers her face with a part of sari. She seldom goes out of the house. If she has to go out she covers her face. This is gender discrimination. However, with the progress of education and urban civilization, this custom is fast disappearing. Deuki system is the custom of offering a child girl to the local temple. This offering is made after the fulfillment of mans desire by the god or goddess in the temple. If the vow-maker has no daughter he can buy a girl for a family. This practice prevails in the hilly region of the far western development region. The girl offered has to spend her life in the temple serving the deity. She has to live on the offering in the form of money and food or any kind which may or may not be enough for her survival. The worst thing is that she cannot marry. This is the violation of the child right, marriage right, family right and above all, human right. It gives birth to an evil practice. This custom is declining fast due to public awareness. The Jhuma system is similar to the Deuki system. It prevails in the Sherpa community in the eastern region. In this system, the second daughter is offered to the Gumba to carry out the services to the god there. The Jhuma has to live an unmarried life. She has an illicit sexual relationship. The son thus born has to live in the Gumba. He becomes the lama of the Gumba. This process violates the child right and family right and encourages the illicit sexual relationship. 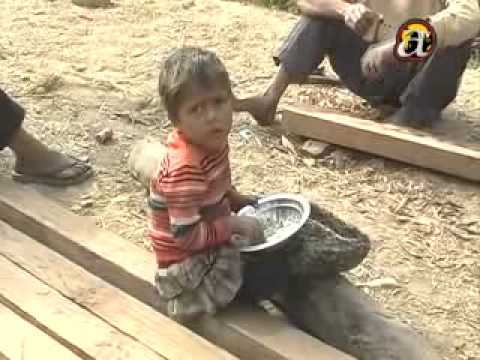 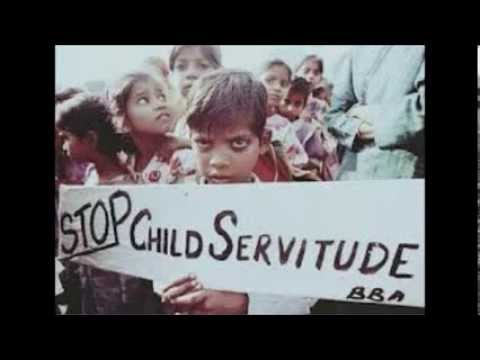 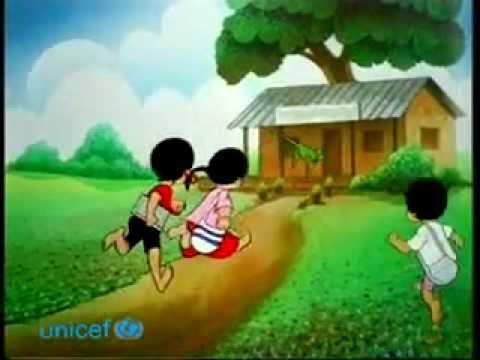 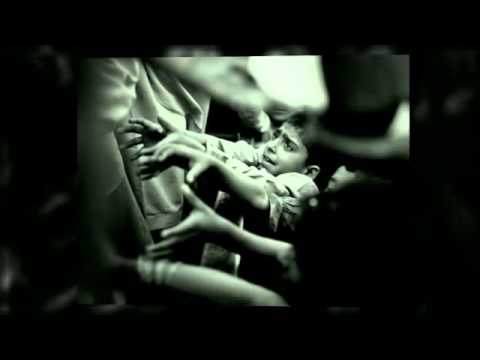 In which sector of social service has Maiti Nepal contributed?

What do you mean by social evils?

What is dowry system?

Dowry system is a practice of giving money or property at the marriage of a daughter.

Where is Deuki Pratha common?

Deuki Pratha is common in the hilly areas of Far Western Development Region.

Any two social evils of our country are untouchability and dowry system.

How do the programmes organized against social evils help in minimizing them?

The programmes which are organized against the social evils help in minimizing them by creating public awareness and their participation in different activities.

Write any one measure to control untouchabilty.

To control the untouchability, young generation should work together with the elders for minimizing the gap between the high and low caste.

Write any one malpractice which is prevailed in your community and mention any one measure to control it.

Untouchability is one of the malpractices prevailed in my community. To control the malpractice, the distance between the higher and lower caste people should be reduced by organizing such programmes in the community where the both of them equally participate in.

Write your opinion about Deuki System in one sentence.

Offering's one's own daughter or daughter of poor family to gods as a tradition prevailed in the Far Western and Mid-Western Development Regions is known as deuki system and it should be abolished through public awareness and women empowerment.

Deuki system has questioned on the status of the women in the Mid Western Region of Nepal, and has spread prostitution.

A slogan to create awareness against bad custom is-
"Let's show our solidarity to stop the personal untouchability."

Different malpractices like untouchability, dowry, deuki, chaupadi, etc. exists in Nepal. Write down its effects on social and economic life due to such malpractices.

The effects on social and economic life of such malpractices are:

What is dowry system? How has it affected our society? What should we do to remove it?

Dowry system is a practice of giving money or property at the marriage of a daughter. This is a social evil of our country. It is mainly common in Terai region. This system has affected our society very badly. This system has made fun of equality of women. Many daughters-in-laws and wives are physically and mentally tortured due to the lack of dowry. The bridegroom's side openly demands the dowry before the marriage. If the dowry is not as much as it was agreed, the groom sometimes leaves the marriage and puts the future of bride in the dark. It has been very difficult for the daughter's of poor parents to get married.
Dowry system can be removed by the following ways:

What is untouchability? How has it affected our society? How can we remove it?

Untouchability is a very bad social prevalent in Nepal due to caste system. In this system, some lowest castes people are regarded as untouchable by the higher castes people. They are down trodden people. They are not allowed to enter the house of high caste people and high caste people do not eat food cooked or touched by them, even they do not drink water touched by them.
This system is a stigma for Nepalese society. It has degraded humanity and violated human rights and dignity. This has made very bad discrimination between people on the basis of birth. The lower caste people feel humiliation and suffer from exploitation. They have been backward in everything due to this system.
Untouchability can be solved in the following ways:

Dowry system is social bad custom. How are the present activities effective in Nepal to control this custom? Present your views.

As a social evil, dowry system is a serious threat to the human being. It was all started by human being and they are guilty because the social process of development is obstructed and disturbed. It is also a serious mental, economic torture and burden. This has resulted to the victimization of death of the bride or their family members.
Laws have been formally made but this problem has got a deep-rooted impact. It is expected that it takes a long time to bring change. Campaigns through street drams, radio programmes, TV programmes have been made. Awareness programmes have been launched. This issue has been well discussed in the text books of schools and colleges. In my opinion the law, which has been made should be implemented very well. Alternative ways of money generation in those affected areas should be made so that they don't be rigid enough to this act.

Deuki is one of the traditionally customized social evils found in the hilly region of Far Western development region. It is a threat to modern age that hampers the social development. It has created the following problems:

Untouchability is one of the main social problems of Nepal. What need to be done to control this problem? Give any four suggestions.

Untouchability is, undoubtedly, one of the serious and deep rooted problem of Nepal. It deteriorates our social structure by bringing division and anarchy in the society. To control this problem, four suggestion are given below-

Why untouchability is called a social problem? Write it's any three effects on society.

Untouchability is an embarrassing social problem. It is a curse in the modern age. It is an outcome of rigid sense of casticism. Casticism was feebly practiced in our society by so-called upper caste people. It was a practice brought into application for occupational distinction only but it brought hazardous results. It has still left some distinctions among the upper class and lower class people. In the remote areas of illiterate people, this practice brings obstacles and hindrance so it is called a social problem. The effects it brings in the society are:

The money of property brought by women to her husband after marriage is termed as dowry. Most of the communities in the terai and partially in other parts of the country practice the system of providing dowry to the bridegroom as demanded forcefully. Such activities relating to dowry system have some bad impacts in our society.
The social and economic effects in the society due to dowry system are presented below: