The cell is the basic, structural and functional unit of life. In this note, we discuss the various parts of the cell like the cell wall, nucleus etc with their function.

All the living organisms on this Earth are made up of microscopic units called cells. It is a basic structural unit for all the organisms. The cells are the building block of all the living organisms. Our body is composed of trillion of cells. They carry out the functional activities of our life. A cell can be defined as a basic, structural and functional unit of life capable of independent existence. The cell was first discovered by Robert Hooke in 1665 AD. The study of the cell is called cell biology.
As we know that all the living organisms are made up of cells. These cells are developed as a result of a division of pre- existing cells. All the cells are same in chemical composition and metabolic processes. The function of an organism as a whole is the outcome of combined activities and interactions of the constituent cells. The cell is known as the fundamental, structural and functional unit of life.

The cells are divided into two parts depending upon the presence of the nuclear organization. They are the prokaryotic and eukaryotic cell. Prokaryotic is a type of biological cell that do not have a cell nucleus. It also lacks some of the other membrane-bound organelles like mitochondria, endoplasmic reticulum, lysosome, etc. Some of the examples of prokaryotic cells include the cells of bacteria, blue- green algae, etc. Eukaryotic is a type of biological cell that consists a well-organized nucleus. These types of cell are found in most of the plants and animals. It consists all the membrane-bound organelles.

Detailed Structure of a Typical Cell

Cells of same organisms have the same type of cell but the cells of different organisms are different in structure. But all the cells shows the same basic structures which are discussed below,

Cell membrane or plasma membrane is a double- layer membrane made up of lipid and proteins molecules. The plasma membrane separates the outside and inside content of the cell. It is a living, elastic and delicate membrane. In the animal cell, it acts as an outermost and in the plant cell, it is found below the cell wall. It is a thin semi- permeable membrane that allows only selected substances to enter or leave the cell. Some of the function of plasma membrane are discussed below,

It is a jel- like fluid that lies between the cell membrane and nuclear membrane. It is also known as protoplasm. It protects the internal component of the cell by keeping them separate from each other. It contains various important substances like proteins, nucleic acids, water, enzymes, carbohydrates, sodium and potassium salts. Some of the functions of cytoplasm are discussed below,

It is located in the centre of the cell. The nucleus is present in the eukaryotic cell but present in the prokaryotic cell. It is like the brain of the cell. The nucleus is mostly round or spherical in shape. It contains other parts like a nuclear membrane, nucleoplasm, nucleolus, and chromatin network. The nucleus is bound by a double membrane known as the nuclear membrane. The nuclear membrane is also called as nuclear envelope. Nucleoplasm is a transparent semifluid substance containing nucleolus, chromatin network, and various enzymes. The chromatin fibre is a thread- like structure that becomes chromosomes after cell division that is responsible for carrying hereditary information. The nucleolus is a dense, spherical granule found inside the nucleus. It contains RNA and proteins. Some of the functions of nucleus are discussed below,

They are present in the eukaryotic cells. They are the set of membrane-bound fluid- filled vesicles, tubules, and vacuoles. They are found near the nucleus in the cytoplasm. Some of the functions of golgi complex are discussed below,

Lysosomes are tiny sacs filled with fluid containing various enzymes. These enzymes are responsible for the digestion of all types of substances including damaged cells or dead cells. They are also known as suicidal bags of the cell. They are enclosed by a single membrane. They are manufactured by the golgi complex. Some of the functions of lysosomes are discussed below,

Vacuoles are non- living,membrane-enclosed fluid filled sac present in the structure. Vacuoles are larger in size and less in number in plant cells whereas in the animal cell they are smaller in size but are found more in number. The fluid of vacuoles contains both inorganic and organic molecules like organic acids, minerals, carbohydrate etc including water. Some of the functions of vacuoles are discussed below,

Plastids are double membrane bound organelles found in the plant cells. They are the major organelles found in the plant cell. Plastids are of three types. They are chloroplast, chromoplast, and leucoplast.
The chloroplast is responsible for photosynthesis. They are also known as green plastids. They are found in leaves, young stem, sepal and young fruits. They are responsible for the synthesis of food. They are also known as 'kitchens of the cells'.
Chromoplast is found in flowers, fruit and ageing leaves. They are colourful plastids as they provide different colour. They contain various colour pigments like red, yellow and orange.
Leucoplasts are non- pigmented or colourless plastids. They are found in non- photosynthetic parts like roots. When leucoplast is exposed to light it changes into the chloroplast. Some of the functions of plastids are discussed below,

They are only found inside the eukaryotic cells. They are a small naked protoplasmic structure that is located near the nucleus of animal cells. It consists of two centrioles. Some of the functions of centrosomes are discussed below,

Videos for Introduction to Cell 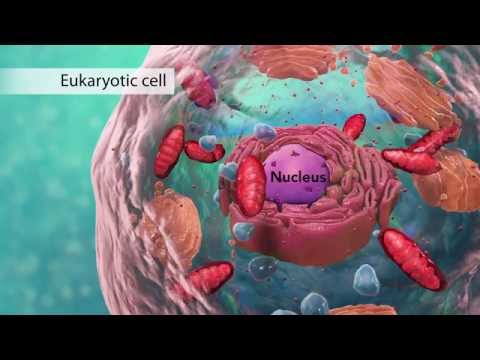 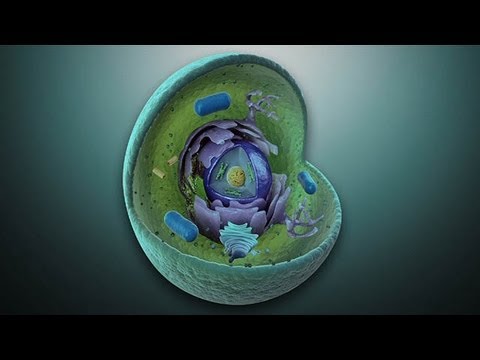 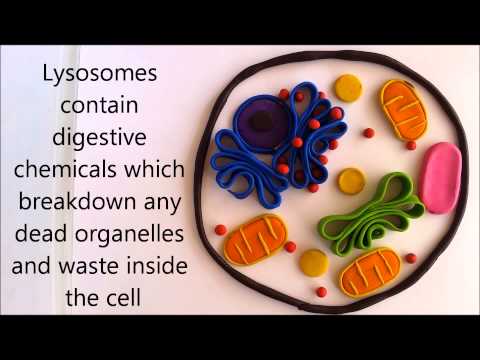 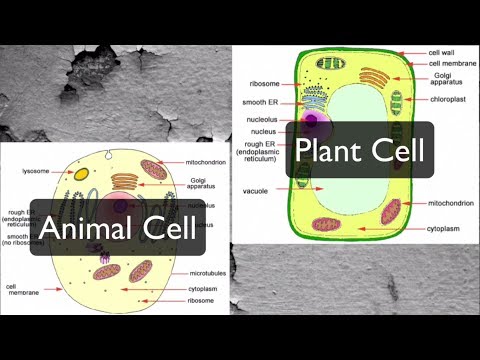 Cell is a basic structural and functional units of life.

Which is the smallest cell of human body?

The smallest cell of human body is blood cells.

Which is the largest cell of human body?

The largest cell of human body is nerve cells.

Who was first to discover the cell?

English scientist Robert Hook was the first to discover the cell.

The cytoplasm is a jelly like fluid found between plasma membrane and nucleus.

Which cell organelles is known as the powerhouse of the cell?

Mitochondria is known as the powerhouse of the cell.

What are the three types of plastids?

The three types of plastids are chloroplast, chromoplast and leucoplast.

Write any three vital molecules that are found in the cytoplasm.

Any three vital molecules found in the cytoplasm are water, oxygen and carbohydrate.

What are the parts of nucleus?

The parts of nucleus are nuclear membrane, nucleolus, nucleoplasm and chromatin fibres.

What is cell wall?

Cell wall is the outermost part of plant cell that is made up of cellulose.

Write any three differences between animal cell and plant cell.

Any three differences between plant cell and animal cell are given below in table,

Write the functions of the cell membrane, centrosome and mitochondria.

The function of cell membrane, centrosome and mitochondria are given below,

What are the three types of plastids. Mention their function.

There are the three types of plastids. They are chloroplast, chromoplast and leucoplast. Their functions are discussed below,

Define prokaryotic and eukaryotic cell with two examples of each.