Light is a form of energy which gives the sensation of vision. This note provides information about the reflection of light, its types, laws of reflection, periscope and kaleidoscope.

Light is a form of energy, which gives the sensation of vision. It makes things visible. Light is very important in the life of living creatures. We cannot see things without light. We use torch light, bulb light during night time to see the things clearly. We cannot perform our activities in dark. Light is not only used to see the things but it is also used by all living creature to perform their life activities like plants use light for the photosynthesis process, etc.
The speed of light is very fast. No object can travel as fast as light can. The speed of light in a vacuum is about 3 lakh kilometre per second. The light coming from the sun takes only 8 minutes and 20 seconds to reach the earth's surface. The distance between the sun and the earth is about 15 core kilometres. Light travels in a straight line.

Ray and Beam of light

Activity 2
Bring a plane mirror and a torch light. Then placed the mirror in the suitable position. Now, show the torch light in the mirror in a dark room. In this activity, the ray of light coming from the torch light that falls on the smooth surface is the incident and the ray of light that gets reflected from the plane mirror is reflected ray. What do you learn from this activity? Draw a neat diagram showing this phenomenon and label the incident rays and reflected rays.

There are various terms which are used in reflection. Some of them are given below,

Incident ray: The ray of light coming from the source of light, which hits the surface at the point of incidence, is called incident ray. Incident ray is shown in the given figure.

Reflected ray: The ray of light, which is reflected back to the same medium after incident ray strike the surface is called reflected ray. Reflected ray is shown in the given figure.

Normal: It is the line drawn perpendicular to the surface from the point where the incident ray meets the surface. Normal is shown in the given figure.

The reflection of light follows the given two laws,

Reflection of light from the plane mirror.

It is an instrument used for the observation or used by the observer to see surroundings or things beyond his or her line of sight or which are not in direct line of sight. It is mainly used in land and sea welfare, submarine navigation, etc. It is based on the principle of laws of reflection.

It consists of two plane mirror M1 and M2 and a wooden tube which bends twice at right angles. There are two openings X and Y in the wooden tube. Two mirrors are placed near the opening at the bends of tube making an angle of 45 degrees with the side of the tube. They are placed parallel to each other and facing their reflecting surface to each other.

A kaleidoscope is an optical instrument consisting of three rectangular mirror, broken glass pieces, and coloured objects or stones. It is based on the principle of laws of reflection. The three rectangular glasses are arranged or fitted at 60 degrees to each other in the form of a long prism and facing their reflecting surface to each other. It is wrapped with black paper or black cello tape so that the light does not enter. Both the ends are covered by greased white tissue paper. Broken pieces of glasses or coloured objects or stones are kept at one end of the kaleidoscope and another end for observation. When we held the kaleidoscope pointing towards the sky and rotate it, we can see the beautiful patterns of colour. It is used as a toy. 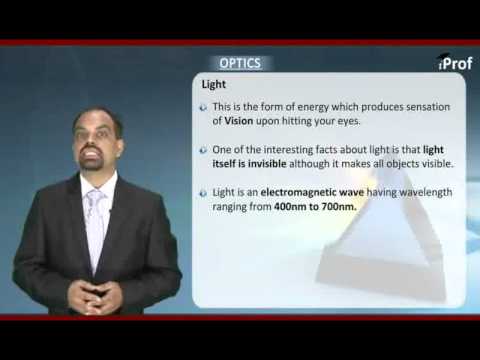 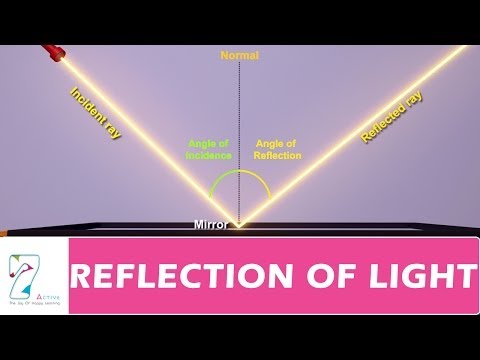 Define ray and beam of light.

What are the laws of reflection of light?

The laws of reflection of light are as follows,

Write any two uses of the kaleidoscope.

Any two uses of the kaleidoscope are as follows,

Define angle of incidence and angle of reflection.

What are the differences between regular and irregular reflection?

The differences between regular and irregular reflection are given below,

What are the differences between rays of light and beam of light?

The differences between ray of light and beam of light are as follows,

What are the differences between  the angle of reflection and angle of incidence?

The differences between angle of reflection and angle of incidence are given below,

Light is a form of energy which causes sensation of sight.

Write any two sources of light.

Any two sources of light are sun and star.

What do you mean by luminous objects?

Luminous objects are those objects which can emit their own light.

What do you mean by non- luminous objects?

Non- lunminous objects are those objects which cannot emit their own light.

What is the speed of light in vacuum?

The speed of light in vacuum is about 3 lakh killometers per second.

A ray of light is a very narrow path of light represented by a line with an arrowhead.

A beam of light is the collection of several rays of light.

What is reflection of light?

The phenomenon of returning of the light to the same medium after striking a surface is called reflection of light.

It is a simple device based on the principle of reflection of light at the two parallel plane mirrors producing multiple reflections.

Write any one use of periscope.

It is used to see the movement of ships over the surface of the sea from a submarinesubmerged under water.

What is the point of incidence?

The point of incidence is a point at which a ray of light hits the surface.

What is incident ray?

The ray of that comes from the sources of light and strikes the surface is called incident ray.

It is the perpendicular drawn on the surface at the point of incidence .

What is reflected ray?

It is the ray of light which gets reflected after striking a surface.

Any three examples of luminous objects are sun, star and firefly.

Any three examples of non- luminous objects are earth, moon and stones.

What is angle of incident?

The angle between the incident ray and the normal is called angle of incidence.

What is angle of reflection?

The angle between the reflected ray and the normal is called the angle of reflection.

What is regular reflection of light ?

When a parallel beam of light strikes a smooth surface, the reflected rays also appear parallel to each other, such type of reflection is called regular reflection.

What is irregular reflection of light?

When a parallel beam of light strikes a rough surface, the reflected rays don't appear parallel to each other, such type of reflection is called regular reflection.

Sun is called a luminous object, why?

Luminous objects are those objects which emit their own light. Since, the sun emit its own light, so the sun is a luminous object