Our country, Nepal is located between India in the south and China to the north. Nepal is topographically divided into three regions; the Himalayas to the north, the hills consisting of the Mahabharat range and the Chure hills in the middle and the Terai to the south.

Nepal is a small and beautiful country. It lies between two developed and big countries, India and China. It has south, east and west borders with India and north with China. Due to the covering of these two countries, Nepal has become a landlocked country. The nearest sea from Nepal lies 1170 km far which is the Indian Ocean.
The total area of Nepal is 147,181 sq. km. It is divided into 3 divisions. The upper 15% part is Himalayan region, the middle 68% part is Hilly region and the lower 17% part is Terai region. All regions have different land topographies.

The geography of Nepal can be divided into three physical regions from north to south.

Nepal is an agricultural country. Around 76% of people are engaged in agriculture and animal husbandry. Agriculture is the main source of income and base of people to adjust to the society as well as to the world. People living in town and city areas are involved in offices, tourism, industries, hospitalities and other modern sectors. The following table depicts the main economics activities of the people categorised under the physical geography.

Nepal is the second richest country in water resources because of having more than 6,000 rivers and rivulets including small and big rivers, ponds and lakes. Almost all rivers flow from the Himalayan region by melting of the snows of the mountains and flow downward to hills, valleys, and plains based on drainage area. There are three principal riverine divisions from east to west:

The average temperature or weather of a certain place is called climate. All types of the climatic conditions of the world can be found in Nepal. Varieties of flora and fauna are found in a small geographical area. Nepal's climate can be divided into three distinct zones, which are as follows:

Videos for Physical Features of Nepal 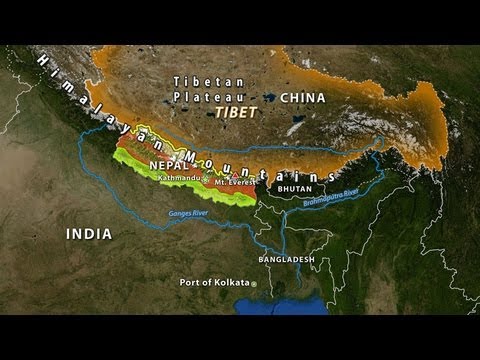 Himalayas, Nepal Most Beautiful Places In The World 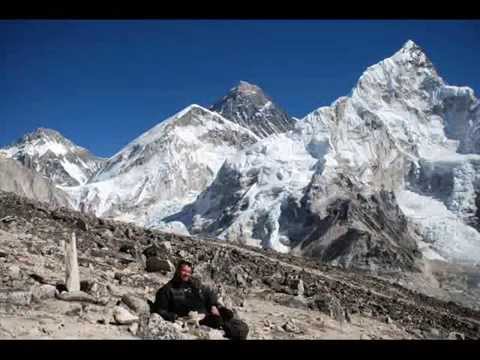 NEPAL- THE most beautiful country in the world ( visit nepal 2011)

What do you mean by geography?

The scientific study of the structure of place, design and shape of the earth's surface by mapping is known as geography.

Give the location, size and boundary of Nepal.

The location, size and boundary of Nepal are as follows:
Location: Between two large countries India and China.
Size: 147,181 sq. km.
Boundary: North with China and South, East and West with India.

Who are the main inhabitants of the Terai region?

The region of Terai is also called ‘Granary of Nepal’. Why?

Terai region is called ‘Granary of Nepal’ because it has plain, fertile land with alluvial soil and plenty of rainfall for irrigation and agriculture.

What are the main sources of income of the people living in the Himalayan region?

The main sources of income of the people living in Himalayan region are tourism, animal husbandry, trekking, mountaineering etc.

What are the three major riverine divisions?

The three main riverine division of Nepal are as follows:

What kind of climate is found in the Himalayan Region?

Cold and Alpine climate is found in the Himalayan region.

What percentage of the total area of the country is covered by the Hilly region?

The Hilly region covers 68% of the total area of the country.

Mention the physical divisions of Nepal.

The geography of Nepal can be divided into three physical regions from south to north which are as follows: