Earth as A Living Planet

There are different kinds of living creatures on the earth because of distinct geographical structures and climate. This note contains brief information and description about the earth and its traits.

Earth as A Living Planet

The planet earth has various kinds of qualities in comparison to various planets and satellites in the solar system. Its climate, rotation and revolution, temperature, status, etc. are the main qualities. The distance between sun and the earth is fifteen crore kilometers. It is a suitable habitat for living beings. The living beings are able to live on the earth because of these features. The earth is a large habitat for living beings. The food, air, water and shelter needed for the living beings are made available from it. Various kinds of creatures and organisms lives in different natural regions such as land, rivers, sea, forest, etc. Every region is important part of the earth. We should take earth as "Our Common Houses" So, earth is a habitat of living beings. The earth being a huge natural habitat, there are different kinds of creatures on it. There are different birds and animals such as lion, tiger, elephant, vulture, eagle, etc. living on land. There are many aquatic animals such as fish, whale, sea horse, etc. There are also amphibians such as frog, salamander, etc. on the earth. There are different kinds of living creatures on the earth because of distinct geographical structures and climate. The earth is only the suitable planet where living creatures can survive. The earth has its own qualities with joint coordination of biosphere, lithosphere, hydrosphere and atmosphere. The existence of living beings is running due to joint adjustment of different spheres. Due to this reason, the earth has become the habitat of different living beings.

Some important characteristics are mentioned below:

The layer of the water in the earth is called hydrosphere. Hydrosphere occupies about seventy one percent of the total area of the earth. The earth's hydrosphere chiefly consist oceans, but includes all water surfaces in the world including lakes, rivers and underground waters. About 3.5% of the total mass of the ocean consists of salt. The oceans are also the reservoir of atmospheric gases, which are essential for the survival of many aquatic animals and plants. It also affects climate. It is found in the surface of the earth and on low region of the earth. Water is found in various forms such as river, lakes, ponds, rain, sea, etc. All the living organisms are depended upon water for their existence. The surface of land on the earth is called lithosphere, which occupies about twenty nine of the total area. It is the important part of the earth. It is extended from surface to the inner part of the earth. The structure of land varies with altitude, wetland, topography, plain, etc. Variation in land structure creates variation in the ecosystem of a place. The plants and animals vary according to diversity of the ecosystem. This variation in the land feature has created a favorable environment for different plants, animals and microorganisms on the earth. Heat and light are obtained from the sun regularly. The plants and trees prepare their food through the process of photosynthesis with the help of sunlight. We get crops, fruits, and vegetables from plant and trees. With the means of water cycle rainfall is occurred due to solar heat. It helps the creatures to grow, develop, flower and fruit. The existence of all the creatures is established on the earth due to the light and heat. The layer of the air that surrounds the earth is called atmosphere. Atmosphere contains various types of gases like nitrogen, oxygen, hydrogen, carbon dioxide, inert gases and dust particles. Living creatures exists in the earth due to presence of oxygen gas. The uppermost part of the atmosphere (Ozone layer) prevents the entering of harmful ultraviolet rays in the surface of the earth. It prevents global warming. Since light rays are mechanical wave, it requires medium to come up to the surface of the earth. In this case, atmosphere plays the role of mechanical wave. The heat that comes from the sun has significant role for living creatures in conducting their physical activities.

The earth rotates in its axis and revolves around the sun. Due to revolution of the earth around the sun four different seasons are created. They are spring, summer, autumn and winter. Changes in climate, day and night, change in temperature; rainfall pattern, flow of wind, snowfall, etc. are the natural process. Due to these changes different seasons are created which increase the variation in the living beings by increasing their adaptability in various environment conditions. The cycling of the gases like nitrogen, carbon dioxide in the atmosphere and nutrients and minerals in the soil are the examples of recycle. After completing a life span all living being die and their dead bodies degrade and mix with the soil by the action of microorganisms. Form the soil, plants absorbs essential nutrients and minerals. These types of recycling of materials in the ecosystem have been important factors for the earth as a living planet.

Videos for Earth as A Living Planet 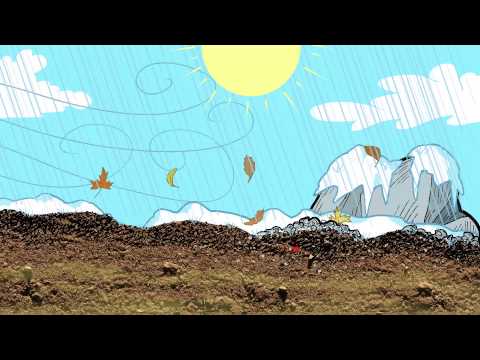 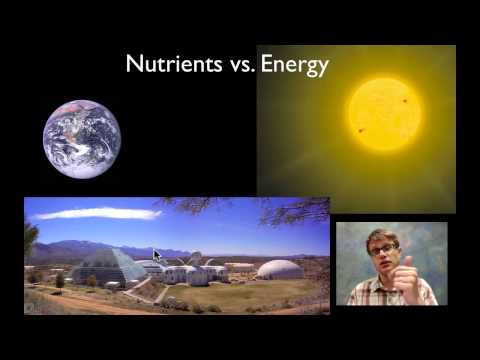 How life on Earth began 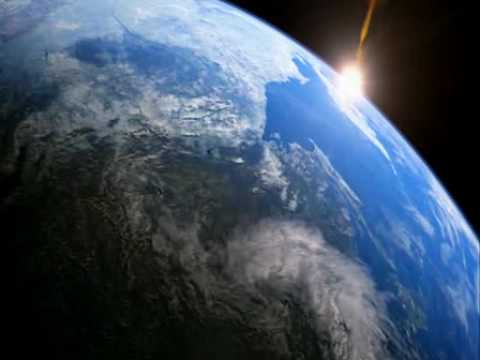 The Birth of the Earth & Beginning of Life on Earth 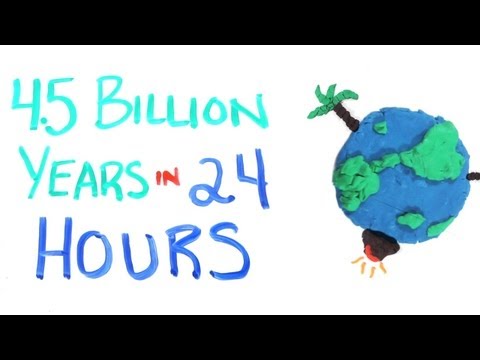 The Evolution of Life on Earth 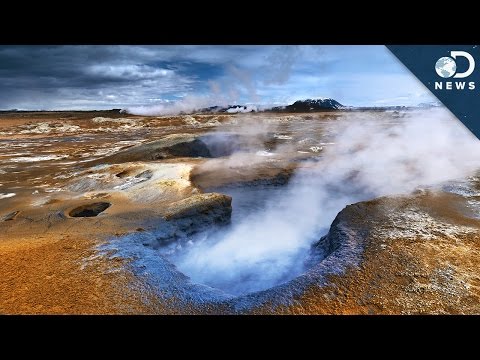 Where The Air We Breathe Came From 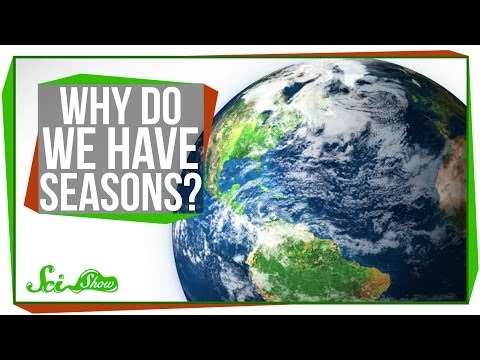 Why do we have seasons?

Give any one reason of being the earth as a living planet.

Earth's distance from the sun, motion, temperature, and presence of other environmental factors like air, water, land, gases, etc. make earth as a living planet.

What do you mean by carrying capacity of earth?

Carrying capacity of the earth is its bearing capacity to make possible the existence of the living beings by providing essential things to the optimum numbers of animal and keep their number as it is and can provide all sources in the future too.

Write any two effects of human activities on the earth.

The effects of human activities on the earth are:

Why is the earth considered as common home of all living organisms?

There is presence of environmental factors like air, water, land, forest etc. which provides favorable habitat to all living beings.

What causes the change in season?

The revolution of earth around the sun in its own orbit causes the change in season.

What do you mean 'lithosphere'?

The outer space and some inner part of the earth is called lithosphere.

Point out any two characteristics that have made the earth a living planet.

The two main characteristics that have made the earth a living planet are:

Write any one measure that should be adopted to conduct developmental activities according to the carrying capacity of the earth.

The resources should be used properly due to limitation in bearing capacity of earth.

Write any two gases that are emitted from industrial pollution?

Carbon dioxide and nitric oxide are emitted from industries cause pollution.

What is the estimated period of origin of earth?

The estimated period of origin of earth is before 4.6 million years.

What percentage of earth is occupied by water?

About 71% of earth is occupied by water.

What is main cause of ozone layer depletion?

The main cause of ozone layer depletion is the air pollution caused by gases like chloroform carbon, nitric oxide, etc.

How far is the earth from the sun?

The earth is about 15 crore kilometer far from the sun.

List out the characteristics of the earth that have been making it habitable.

The major characteristics of the earth are as follows:

How is season changed in the earth?

Earth revolves around the sun in its own orbit. This revolution of earth causes change in season. This also depends on the light which comes from the sun. The characteristics of season differ in climate, day and night, temperature, rain fall pattern, flow of wind etc. Therefore, different types of weather can be felt in different time. Various kinds of creatures are surrounding on the earth. Seasonal variation creates the appropriate environment for the existence of biodiversity.

Give reasons why the earth is favorable place for living beings.

Earth has distinct features like temperature, rotation and revolution, climate. It is about 15 kilometer far from the sun. Earth is the large habitat for all living beings. Earth provides air, water, food, shelter etc. to the living beings. Earth has lithosphere. The suitable environment for oxygen gas in the temperature, rainfall, storms, forest etc. go on in this earth. Water covers about 71% of earth surface which moisturizes the earth, so that different kinds of plants can grow and develop on the surface of the earth. Earth is only planet capable of creating food chain. Thus, the earth is favorable place for living beings.