Increment in population size is known as population growth. Growing population brings changes in social values and beliefs, cultural behavior, traditions and customs of the society. This note provide us the further details on social and economic effects of population growth.

In this respect, various consequences of population growth are as follows:

The government of Nepal has limited resources which do not allow it to increase health services and facilities. Because of proper health service, people get infected by various types of diseases such as cholera, diarrhea, dysentery, etc. The untimely death of people due to lack of treatment has become very common in Nepal. Education is an important need for everyone. Knowledge, skill and technology can be developing through the media of education. The skilled and specialized manpower is produced. It creates social, cultural and political awareness in people and makes them advanced. It helps in the complete development of man.

But the high growth rate of population has had an adverse effect n the development of education. Rapid population growth has degraded the environment. Environmental pollution results into the destruction of structure of the cultural heritage. The dust particles, various types of pollutants emitted from different industries, vehicles mix in the air and they pollute the atmosphere. The increased concentration of carbon- dioxide, nitrogen oxide and sulpher dioxides in the atmosphere causes acid rain.

Growing population brings changes in social values and beliefs, cultural behavior, traditions and customs of the society. It also affects the marriage patterns, festival, dresses, ornaments and thinking of the people. It attempts to bring in the western way of life which means deterioration of our culture. The young boys and girls are becoming immoral due to deterioration in our culture. They are attracted toward western culture which affects our culture badly. Therefore, in order to save our culture and cultural heritages, it is wise enough to control population growth of a country. A human being has many needs. He/she has to work hard to earn money to fulfill all these needs. The main source of income is employment. Employment helps a person to develop his/her personality and skill. It also provides the solution to financial problems faced by people to fulfill their fundamental needs. Unemployment causes economic problems along with social, political and psychological evils. Most of the active people in Nepal are going aboard in search of jobs. Rapid population growth creates problems of unemployment because manpower increases with the increase in population. It is not possible to provide job to all the people because government has limited resources and means and so it can create only limited opportunities.

Educated people have not got job according to their qualifications. Agriculture is the main source of employment in our country but now agriculture land is decreasing due to human settlements. The soil has loss its fertility and people are now migrating from hills to terai. Due to this, the Terai has become over crowded. Thus, control of population and its management is only the solution of this problem. Nepal is rich in water resources though we are facing problem of drinking water. There is no equal distribution of water in the entire region. Due to lack of technology and capital, a large number of Nepalese could only see the clean and pure drinking water but they are unable to utilize it. Shortage of drinking water can be easily seen in rural and urban areas. Due to tremendous increase in population, sources of water have become polluted.

At present situation, the sounds of water are getting dry due to cutting of trees and destruction of the environment. Insufficient water supply due to the lack of conservation and maintenance of existing sources of water like stone- made, water taps, wells, canals and ponds.

Videos for Social and Economic Effects of Population Growth 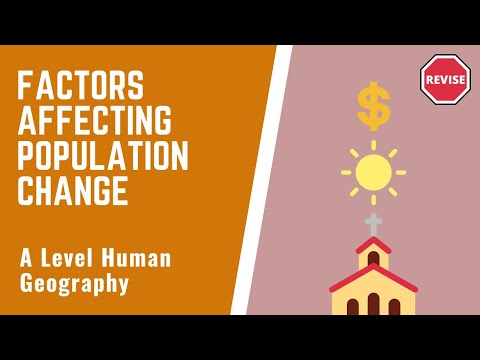 Population growth and how it affects you!

Write one problem that arises due to over population?

Scarcity of food is one of the problems that arise due to over population.

Write one effect of population growth on health.

The increases population demands more health services and facilities which is not possible due to economic and political constraints.

Write one adverse effect of rapid population growth on education.

Rapid increasing population creates a problem to maintain the required standard of education which adversely affects every aspects of the country.

Write one adverse effect of overpopulation on cultural heritages.

Increasing population deteriorates cultural heritage due to frustration and anger.

Write on adverse effect on employment due to ever population.

Due to limited jobs, educated people do not get job according to their qualification which results in frustration among active population.

The extraction of water is very high. As a result, water quantity is decreasing.

Write one adverse effect of overpopulation on food?

People are suffering from malnutrition due to lack of food.

What do you mean by birth spacing?

The period between the births of two children is called birth spacing.

What is population change? Describe it with flow model.

What do you mean by consequences of rapid population Growth? List any five of them.

What are the adverse effects of rapid population growth on education?

The adverse effects of rapid population growth on education are given below:

describe social factor as an effecting factor of population growth with four examples.