Air is colorless, order less, and tasteless mixture of gases found in the earth's atmosphere. It forms a layer on the earth above land and water surface. It comprises 78 % nitrogen, 21% oxygen, 0.03% carbon dioxide, 0.1% other 4 gases and water vapor.

The importance of air are given below: It covers about seventy one percent of the earth's surface. Water is used use for drinking and other human activities, growing crops, and most in industrial used. In Nepal, people have the severe problem of drinking water practically in the urban areas. Sources of water is degrading where as the demand of water is increasing for the growing population.

The importance of water is given below: The land feature of Nepal can be summarized as given below:

The importance of soil is given below: Nepal has board variation of altitude from place. This is the reason that Nepal has been a land of different ecosystem and water ships. Because of the climate and topographical condition, there are diverse types of forest in our country. On the basis of physical features, climate, soil and local surrounding.

Forests can be divided into various types or groups, they are given below:

Importance of forest is given below:

The uncultivated plants and non- domesticated animal resources are called wildlife. Nepal is rich is rich in its biodiversity. According to project profile 1995, Nepal has got 181 species of mammals, 844 species of birds, 6356 species of butterflies, 5000 species of insects and 185 species of fishes. Reptiles like golden monitor lizard, gharal, and Asiatic rock python are also found in Nepal. The importance of wildlife is given below: The status of major of our country is given below:

The importance of mineral resources is given below: 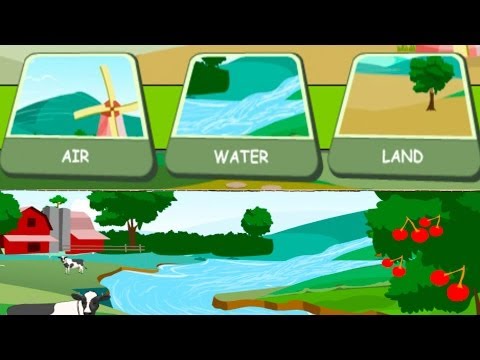 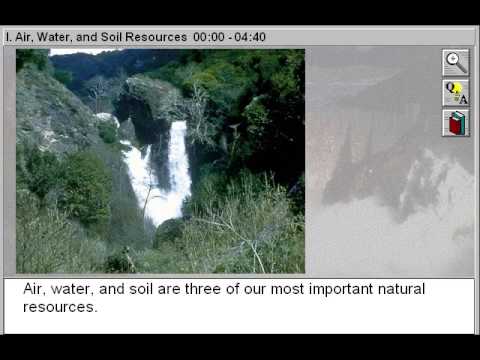 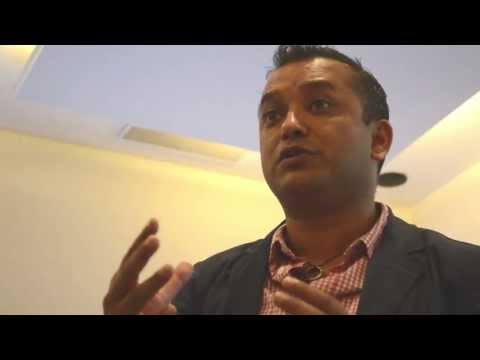 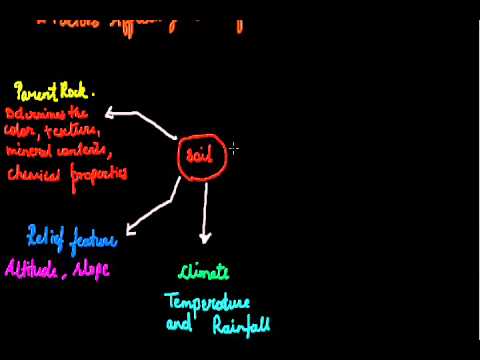 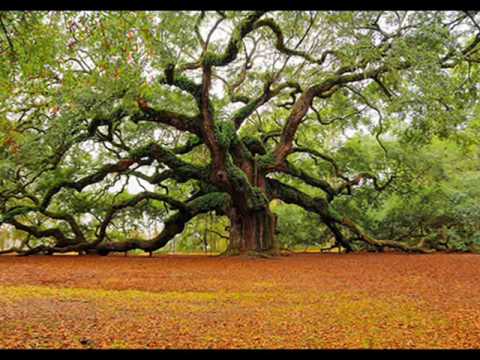 The importance of Trees

Water our most precious resource

What are natural resources?

The components of nature such as land, water, minerals, air, forest, wildlife, climate etc. which are not made by human are natural resources.

Give any two examples of intangible resources.

Two examples of intangible resources are:

Resources, which can be regenerated out are called renewable resources

Natural resources which cannot be regenerated if finished once are called non- renewable resources.

What is the percentage composition of oxygen and carbon dioxide in the atmosphere?

The percentage composition of oxygen and carbon dioxide in the atmosphere are:

What is surface water?

The water that exists in the outer part of the earth surface of the land is called surface water. For example, river, streams, lakes oceans etc.

Different types of forest are listed below:

Natural resources are classified into three groups. They are as follows:

What is the altitude of tropical and sub tropical forest?

Where is gold found in Nepal?

Gold is found in the sand of various rivers like Kaligandaki, Marsyangdi, Budhigandaki and Sunkoshi.

When was the exploration and survey in minerals started in Nepal?

Geographical survey and exploration of minerals in a scientific way was started from 2024 B.S. in Nepal.

How many species of reptiles and butterflies are found in Nepal?

In Nepal, 100 species of reptiles and 635 species of butterflies are found.

In your opinion, which type of resources should be used more carefully?

Non-renewable resources should be used more carefully because these are available in limited amount and cannot be regenerated.

Give any two alternatives of fuel energy.

Two alternatives of fuel energy are:

Where is tropical evergreen forest found in Nepal?

Tropical forest is found in the Terai, Chure region and in the low altitude of Mahabharata hills.

How many species of birds are found in Nepal?

844 Species of birds are found in Nepal.

What is meant by absolute conservation?

The concept that natural resources should be kept in the existing state without disturbing their quality and quantity is called absolute conservation.

The features of absolute conservation are:

Why is relative conservation approach not always possible?

Relative conservation approach is not always possible because for this people should follow the ways of protecting, regenerating the resources along with consumption.

What do you mean by conservational use of natural resources?

Describe any four importance of natural resources with examples.

The importance of natural resources are:

The importances of natural resources are:

Explain the importance of air:

The major importance of air are as follows:

Draw a table to show the composition of gases in the atmosphere.

The importance of water resources are:

What are the types of forest found in Nepal? Explain any two types of them.

What are different sources of water? Write down the importance of water resources point wise.

There are three sources of water: The importance of water resources are:

"Wildlife helps in tourism development" clarify this statement with example.

The creatures that live in the forest are known as wildlife. Nepal is rich in animals because of geographical feature and varied climate. A number of wild lives are found in Nepal due to rich biodiversity. The number of animals and birds are being depleted day by day due to lack of conservation activities. So, for the conservation of wildlife various national parks are wildlife reserves should be established. There are various NGOs and INGOs working for the conservation of wildlife. People from various places come to these national parks to know different species of animals, their habitat. Some of them come for trekking in jungle as an adventure. There are various activities done with the animals like elephant ride, elephant bath, jungle Safari, Sports like elephant polo attracts numbers of people and tourists. People enjoy and get satisfaction by watching the wildlife. Aldo, there are some wildlife reserve like Dhorpatan in Nepal which allows hunting. Hence, every activities related to wildlife attracts tourists and thus foster tourism development.

Highlight the importance of forest resources:

The importance of forest resources are:

What is mineral? Explain the importance of mineral resources.

The valuable treasures which are found in the crust of the earth are called mineral. Metallic and non-metallic things, fuel, gases etc are some of the minerals.
The importances of mineral resources are:

List any five minerals found in Nepal along with their one function of each.

Minerals found in Nepal are:

Write down any five points to show the importance of mineral resource on the economic and social development of the country.

The importance of mineral resources on the economic and social development of the country are:

What is the status of forest resources in Nepal? Explain.

There is wide variation in altitude of land of Nepal. That's why Nepal has become the land of difficult ecosystems and water sheds. Because of the geographical variation, there are different types of natural forests in our country. In the southern plain and mid terai region there is tropical forest and vegetation. In the mid halls and Himalayan region, we find the sub tropical forests and vegetation. Forest is one of the various natural resources. About 29% of the land is covered by the bushes and herbs where the bushy area is the defrosted area. About 11.8% is covered by the grassland. Forests are classified into different groups on the basis of physical feature, climate, soil, local surroundings, etc. They are tropical forest, subtropical forest, temperate forest and Alpine forest.

Natural resources like hills, mountains, birds, lakes, waterfalls, forests, etc. decorates the nature very beautifully. The beauty and diversity of natural resources attract everyone. People can have the pleasure of these aspects of nature. So, the people from various countries travel various places to observe the beauty of nature. Due to this reason, tourists are attracted toward it. A number of students, researchers, visitors are attracted to see and visit the natural resources for this different kinds of conservation area, wildlife resources national parks can be established. They are the main tourism sectors to attract them as people come for different kinds of adventures like jungle safari, elephant riding, hunting, trekking etc. Thus, natural resources help to develop tourism industry.

Write a short note on "Land."

Land is one of the most important natural resources. Geographical structure of every country is different because of nature, structure and quality of rocks. It affects the condition and structure of land. Soil is formed from weathering of rocks, decomposition of dead and decaying creatures and from other physical and chemical process. The soil formation process depends on the climate, geographical feature, time, original rocks; biological activities etc. land is main settlement of all terrestrial animals and human beings. Our settlement is impossible in the absence of land. People use land for making their houses and planting food crops. They produce grains, fruits and vegetables from the land. Land is only place where road, building, parks etc. are constructed. Utilizing land properly, human beings can uplift their living standard.

Write a short note on "Role of water resources in human life."

Water is the main constituent of human body. It occupies about 65% of the total body weight. One third of the earth surface is covered by water. Water is one essential natural resource for all living beings. Water is used in various ways in human life from birth to death. Water is used for drinking, cooking food, cleaning, irrigating land etc. In the absence of water human beings cannot even get food grains in a regular interval of time, the weather becomes dry. As a result, the temperature rises. If it is too dry, it becomes unfavorable environment to all living beings including human beings. Different human activities pollute water which adversely affects their health. So, it is necessary to pay proper attention on cleanliness of water resources.

Write a short note on "Minerals."

Minerals are the valuable treasures which are found in the crust of the earth. Metallic and nonmetallic things, fuel, gases etc. are some of the minerals. Minerals are one of the important natural resources. Minerals like copper, iron, gold, coal, etc. are found under the land. Minerals are not equally distributed in all countries. Those countries, which have lots of mineral, can develop their economy easily by utilizing them. Various industries for example: copper based industries can be established where people can get employment. As the result, people can uplift their living standard. Human beings can make different kinds of materials from metals and a country can gain economic benefits. Minerals like gold, silver are used for aesthetic purpose. Minerals are used in construction and decoration of house and building. Minerals act as source of fuel which is used for variety of purpose.

Write a short note on "Wildlife resource in Nepal".

Wildlife is the creatures that live in the forest. There are different types of geographical situations, climate, and temperature in Nepal. A number of wild lives are found in Nepal due to the rich biodiversity in here. According to record of Biodiversity project profile, prepared in 1995 AD, about 5160 species of Angiosperms, 181 species of mammals, 844 species of birds,635 species of butterflies, 5000 species of insects and 185 species of fishes are found in Nepal. Reptilians like Gharial crocodile, golden monitor lizard and Asiatic rock python are found in Nepal. There are different types of snakes in the river s of Nepal. But the numbers of animals and birds are being depleted day by day due to lack of conservation activities, illegal hunting activities increment of pollution, natural disasters etc.