A delicate and dynamic balance which exists between the biotic and abiotic environment is called ecosystem. Air consists of oxygen (21%), nitrogen (71%) and carbon dioxide (0.03%). Abiotic components of ecosystem consist of non-living components. This note gives us information about ecosystem and factors affecting plants and animals.

The earth is made of different biotic and abiotic factors like soil, air, living organisms, forest, etc. They live together on this earth. They are interactive and interrelated directly or indirectly with eachother. A delicate and dynamic balance which exists between the biotic and abiotic environment is called ecosystem. The ecosystem may be natural or artificial, temporary or permanent. Factors influencing in the plants and animals Air: It consists of oxygen (21%), nitrogen (71%) and carbon dioxide (0.03%). The major gases have important functions in the life of an organism. During the process of photosynthesis, plants give out oxygen which is used by animals for respiration. Similarly, carbon dioxide is liberated by animals during respiration which is again used by green plants for photosynthesis.

Solar energy: Sun provides energy in the form of heat and light. Light is essential for photosynthesis in plants. Similarly, the temperature is essential for productivity, growth, flowering, breeding etc. for all organisms.

Soil: Soil is a natural habitat for different organisms. The soil provides water, minerals and fossil fuels. The type of soil and its water retention, aeration, and mineral contents determine the distribution of plants and animals.

Water: Water is essential for the maintenance of life activities of the organism. Plants meet their water requirement from soil and animals meet their water requirements from various sources of water such as a lake, river, etc. The plant absorbs water from the soil, animals take water from various sources of water like lakes, rivers, etc.

Biotic component of ecosystem consists of living components. The different biotic components are connected through food and a number of other relations. It is of the following three types:

Producers: Autotrophic organisms are called producers. They are green plants and certain bacteria. They are capable of synthesizing organic food from inorganic raw materials with the help of solar energy. They provide food, shelter and oxygen to the living organisms. Some of the examples of the producer are herbs,shrubs,grasses and trees. Consumers: They are animals that feed on other organisms. They are also called heterotrophs. They are divided into two types, herbivorous and carnivorous. Herbivores obtain their food directly from green plants or producers. So, they are also known as a primary consumer. For examples, deer feed on grass. Here, deer is a primary consumer and grass is a producer. Carnivores feed on herbivores. For example, jackal feed on herbivorous animals like deer, goat etc. Here, the jackal is a primary carnivorous or secondary consumer. Here again, these secondary consumers are eaten by top consumers like the lion, tiger etc. This are known as top consumers because they are not eaten by other animals.

Videos for Main Factors that Affects Plant and Animals. 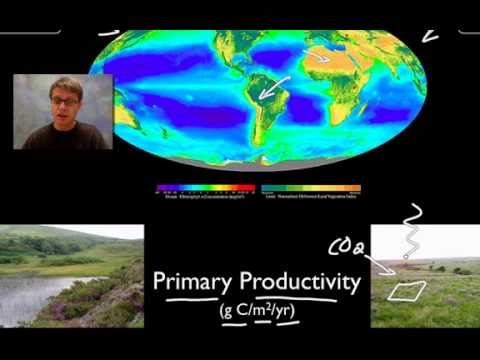 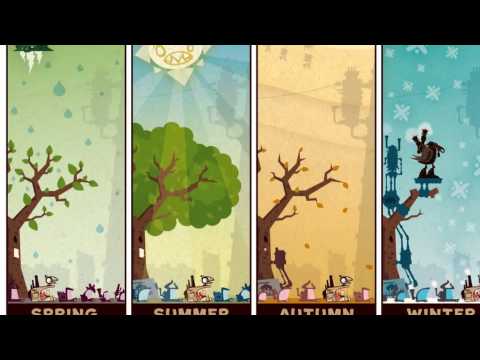 How abiotic and biotic factors make an ecosystem

Ecosystem can be defined as a self-sustaining structural and functional unit of biosphere consisting of a community of living organism and the physical environment.

What is ecology? What do you mean by biosphere?

Ecology is defined as the branch of science which deals with the study of the structure and function of nature and environment.
Biosphere is the largest unit of biological system in which many ecosystem can be operate.

What are biotic and abiotic components of an ecosystem? Give examples.

Abiotic components: All the non-living components present in an ecosystem are abiotic component of that ecosystem. They are of two types:
a) Physical environment: Soil, air, water, oxygen etc.
b) Chemical factors: Sunlight, temperature, rainfall etc.

Mention any four abiotic factors that affect the environment.

Air, water, heat and rainfall are the four abiotic factors that affect the environment.

What are the major roles of decomposers in an ecosystem?

The major roles of decomposers in an ecosystem are given below:
a) They break down the dead bodies of plants and animals into simpler form.
b) They help in recycling the materials in the environment.
c) They help in putting back the nutrients into soil and water for reuse by the producers.
d) They maintain the fertility of soil.

Explain in detail about aquatic ecosystem.

The physical and biological world where human beings and other organisms are living is called environment.

Write down the different components of grassland ecosystem.
For each component, give one example.