Traces and preserved remnants of dead animals and plants are called fossils. The study of fossils is called paleontology. An embryo is defined as a multicellular structure that is developed from the zygote and gives rise to new offspring generally present inside the female tissue or egg-membrane. This note gives us the information about various evidences of evolution.

Many evidences show that the first organisms had a single cell and it was originated in water. Organic evolution is the process of gradual and orderly changes in organisms from one form to another.

Evidence from fossils or paleontological evidence

Traces and preserved remnants of dead animals and plants are called fossils. The study of fossils is called paleontology. Age of the fossil can be determined by techniques like carbon-dating, uranium-dating etc. Paleontological studies reveal following things:

Evidence from comparative morphology and anatomy:

Evidence from morphology and anatomy can be studied in following two steps:

Evidence from geographical distribution of organisms

Darwin, an English naturalist, visited the Cape Verde Island which lies near the coast of Africa, during his voyage on the beagle. The organisms found on these islands resembled closely to those found on the nearby shore of Africa. Many geographical Structures like oceans, rivers, mountains etc. isolate animals and plants. When organisms grow in new habitats or in a different climate, some changes take place in them which lead to evolution. In this way, geographical distribution of organisms also gives the evidence of evolution. 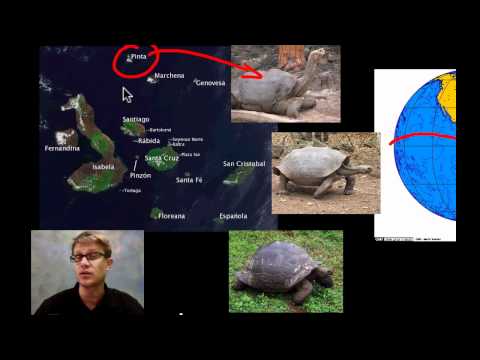 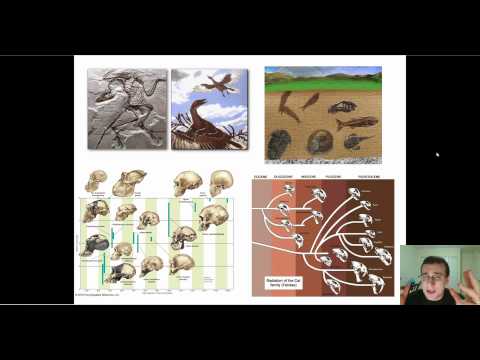 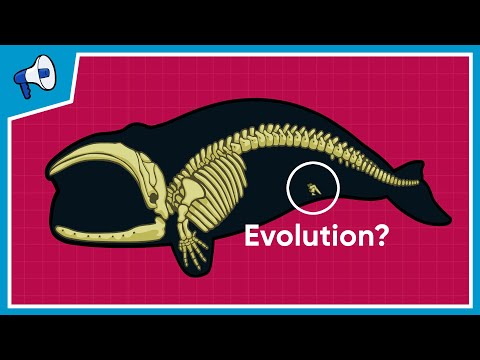 What is the Evidence for Evolution?

How do the study of fossils support about evolution?

The study of fossils gives the following information supporting the evolution:
a) The organisms existed in the past were different from the present day.
b) Some animals like dinosaurs were existed in the past which had been already extinct.
c) The study of fossils shows the gradual and continuous progress of organisms from simpler to the complex forms.
d) It also shows that new types of species appeared in one period and become abundant in the next period and gradually disappeared in the later periods.

Archaeopteryx is known as the connecting link between reptiles and birds. Why?

Why the vermiform appendix in human body is called a vestigial organ?

The vermiform appendix in the human body is a functionless and reduced organ which is in the well-developed form in the herbivores. So, it is called vestigial organ.

How do homologous organs support evolution?

Homologous organs are the organs in the different organisms which have the same basic structures and origin but different functions like forelimb of human, wings of bird, forelimbs of horses etc. The same basic structure of these organs shows that the birds, man and horses were evolved from the common ancestors and hence, this supports evolution.

How does the study of vestigial organs help to prove evolution?

In human body vestigial organs like vermiform appendix are functionless. In rabbit, goat, it is functioning for digestion but in carnivores, like tiger, it is absent. It shows that there is evolution. Thus study of vestigial organs helps to prove evolution.

Why platypus is considered as a bridge animal between birds and mammals. Why?

Platypus is oviparous and has beak like in birds; has fur and mammary glands like in mammals. So, platypus is considered as a bridge animal between birds and mammals.

Why dinosaurs get extinct in Mesozoic era?

Dinosaurs get extinct in Mesozoic era, because they were too large to hibernate in dens and they had no fur or feathers to be protected from the extreme cold. In this era the earth's climate was too cold. Similarly, they could not compete with mammals for their existence.

Differentiate between vestigial and homologous organ.

The differences between vestigial and homologous organ are as follows:

Clarify that the fittest ones can survive in the struggle for existence.

Nature selects the suitable species to allow them to survive. At the time of natural selection, only these organisms survive which have favorable or suitable variation and others die. So, it is also known as survival of the fittest.

Describe any two evidences of evolution in brief.

i) Embryological Evidences:
If we compare the embryos of different groups of animals, they resemble with one another in their stages so much that is really difficult to identify them. While the embryos develop gradually, they began to differ from one another. For example, the embryos of fish, tortoise, hen, pig and human beings resemble much with each other. The evidence also makes clear that the evolution takes place gradually from simple to complex form.
ii) Evidence from vestigial organs:
Those organs which are present as reduced structures and are functionless in the body are called vestigial organ.
A number of vestigial organs are found in different organisms. Halters of flies, right lung of snakes, vermiform appendix, nictitating membrane, muscles of external ears, hairs on body, canine teeth, tail vertebrae, etc. in human are examples of such organs. These organs are well developed in lower forms but in higher animals they are in extinction condition. Thus, it proves evolution.