There are various kinds of animals in the earth. They are divided into vertebrates and invertebrates. In this topic, we study about invertebrates (Mosquito). Mosquitoes are found all over the world but they are mostly common in humid and temperate climate. There are 2,700 species of mosquito in Nepal.Carbon dioxide gives mosquitoes the signal that blood is nearby, and since we exhale CO2, we make it easy for mosquitoes to find us.

The body of mosquito is divided into three parts: head, thorax and abdomen. Head: The head of the mosquito is very small and almost spherical in shape which is joined to thorax by the means of a short and narrow segment. The head bears a pair of compound eyes called palps and proboscis. There are 13 segments in each antenna. The second segment of each antenna possesses hearing organs called Johnston’s organs.

Difference between male and female mosquitoes 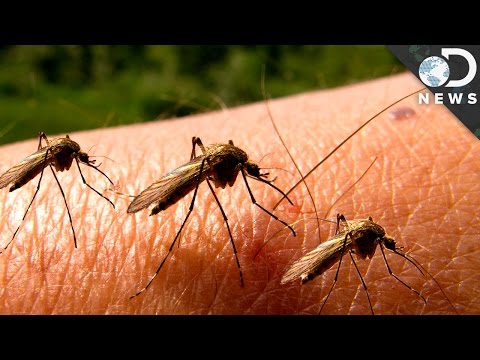 Why Can’t We Get Rid Of Mosquitoes?

Why mosquitoes bite some people but not others

Why are mosquitoes harmful?

Mosquitoes are harmful because it transmits common diseases like malaria, dengue, yellow fever, filaria etc. from one person to another.

The general mosquitoes found in Nepal are culex and anopheles.

Where do we find mosquitoes?

mosquitoes are found specially in hot and tropical regions. They are common in houses, garden, drains, bushes, and stagnant water.

What do mosquitoes feed on?

State any thee differences between male and female mosquito.

The differences between male and female mosquitoes are as follows:

We can control mosquitoes by following ways:
a) By removing swamp area and stagnant water around the living houses.
b) By spraying kerosene, DDT etc. over the surface of water.
c) Certain fishes such as trouts ,gambusia help selectively feed mosquito larvae.
d) By personal protection using mosquito net, anti-mosquito mats etc.