Hydrogen is the lightest gas, so it is found only in combined state and not in air. Hydrogen gas can be obtained from the action of metals with acids, alkalis and water. This note provide us the information about hydrogen and its preparation.

The thick layer of air which surrounds the earth is called atmosphere.

Hydrogen is a reactive element and thus does not occur much in the free state. In combined form, it is an important constituent of water, acid, alkali, and many organic compounds of vegetables and animal products.

Preparation of hydrogen gas in laboratory

Take a few grains of granulated zinc in Woulfe’s bottle fitted with a thistle funnel and delivery tube with corks. Put the next end of the delivery tube under water in pneumatic trough having a beehive shelf. Invert a gas jar, completely filled with water over the beehive shelf and let the end of the delivery tube into it. Pour dilute sulphuric acid through the thistle funnel. A brisk action sets in and hydrogen gas is evolved. Then hydrogen gas gets collected in the gas jar by downward displacement of water.
Zn + dil. H2SO4 → ZnSO4 + H2

If the reaction is slow then we can add a little copper sulphate solution to accelerate the reaction.

To check whether the produced gas is hydrogen or not, when lighted splinter is introduced to the mouth of gas jar. The gas burs itself with a very faint pale-blue flame at the mouth of jar with pop sound and the splinter gets extinguishes.

From methane-steam process:
When a mixture of steam and methane is passed over a heated nickel catalyst at 1200 Í¦C, and compressed to 30 atmospheres, Hydrogen gas is manufactured. Methane is obtained as a byproduct of petroleum industry.
CH4 + H2O → CO + 3 H2

A catalyst is as a chemical substance which alters the rate of chemical reaction, itself remaining chemically unchanged because it does not take part in chemical reaction. The phenomenon is known as catalysis.

By the electrolysis of water:

A small amount of dilute acid is poured into a voltameter containing water to make a strong electrolyte as shown in the figure. In the electrolytic cell or voltameter iron is used as cathode while nickel is used as cathode while the nickel-plated iron acts as anode. An asbestos diaphragm separates these two electrodes from each other. This diaphragm prevents the mixing of hydrogen gas and oxygen gas. When electric current is passed, hydrogen is formed at cathode and oxygen at anode. 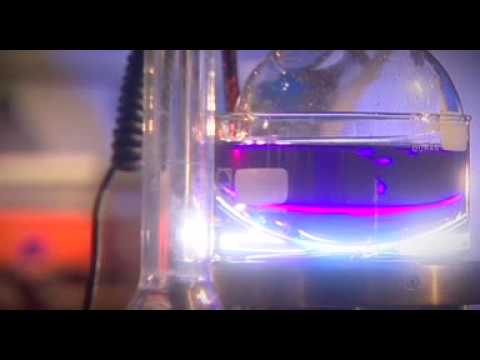 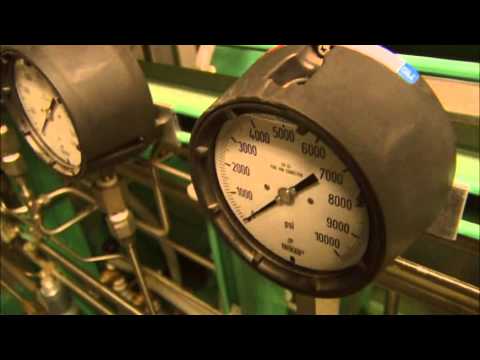 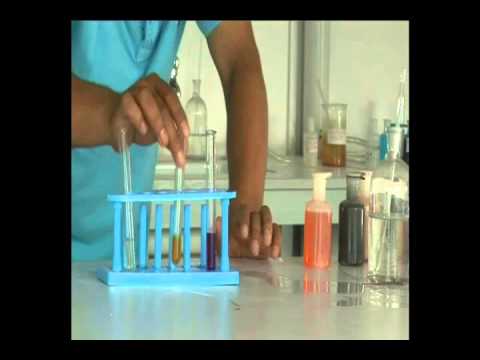 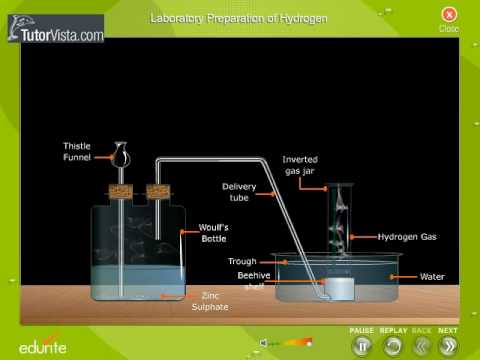 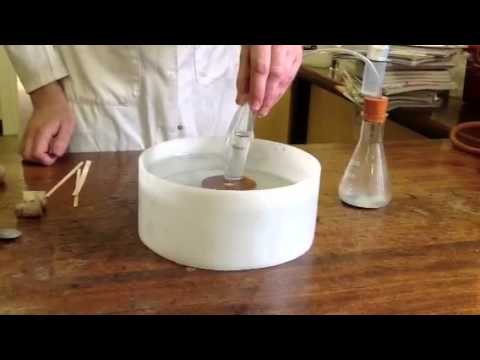 Preparation of Hydrogen from the reaction of Zinc with Hydrochloric Acid

What is the melting point of hydrogen?

The melting point of hydrogen is -259 degree C.

Why is hydrogen gas not found in air?

Hydrogen gas is not found in air because it is more reactive and the lightest gas known.

Write any 4 physical properties of hydrogen.

The physical properties of hydrogen are as follows: (i) It is colourless, odourlees and tasteless gas. (ii) It is lighter than air. (iii) It is slightly soluble in water. (iv) Its melting point is -259 degree C and boiling point is -253 degreeC.

Write any three uses of hydrogen.