One crest and one trough constitute one complete wave in a transverse wave. Longitudinal wave travels in the form of compression and rarefaction. This note provide us the basic idea about wave and its types. The maximum displacement of a particle from its mean position in a wave is called amplitude of that wave. Its SI unit is ‘m’. The number of complete waves, set up in a medium in one second is called frequency of the wave. Its SI unit is hertz (Hz).

The time taken by wave to complete one cycle or a complete wave is called time period. Its unit is second.

The velocity with which wave propagates in a medium is called wave velocity. Its SI unit is m/s.

The formula showing the relation between v, f and λ is called wave equation. The product of frequency and wavelength is equal to wave velocity. 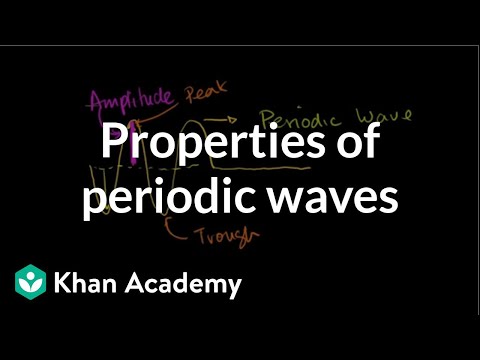 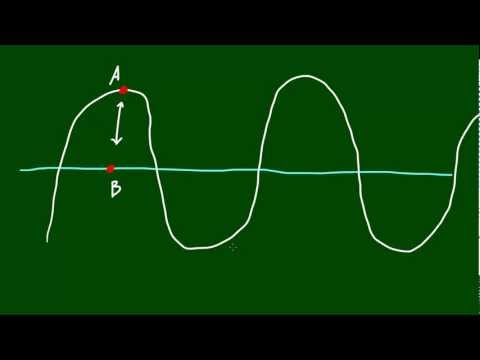 When the displacement of the particle maximum above its mean position, it is called crest.

The regions in medium where the density of particles of a medium is less are called rarefaction.

One crest and one trough in transverse wave and one compression and one rarefaction in longitudinal wave is called a complete wave.

The number of waves (or cycles) produced by the sources of sound in one second is frequency of sound. It is denoted by f or µ and unit is cycle/sec (hertz).

The maximum displacement of a particle from its mean position is called amplitude. It is denoted by 'a'.

What is wave equation?

The wavelength of girl's voice is shorter than that of boy's voice, give reason.

The frequency of boy's voice is least (i.e. 6.5 KHz) than that of girl's (i.e. 8.5KHz). We know that, for the same medium when the speed is constant the wavelength varies inversely with frequency (i.e. λ ∝

Sound with larger amplitude is transmitted to longer distance than that with small amplitude, why?

The sound wave with high amplitude has more intensity and carries more energy than that of the sound with low amplitude. So, such wave is transmitted to a longer distance.

What do you mean by rarefaction of sound?

The process of bending of sound wave while passing from one medium to another is called rarefaction of sound. It follows all the rules of refraction of light.

The speed and wavelength of a sound is 350m/s and 35m respectively, then find its frequency.

The speed of sound in air is 332 m/s and frequency is 20 Hz. Find the wavelength of sound.

The frequency of sound is 20KHz and wavelength is 0.012m. Find the speed of sound.

The audible frequency of a human ear is 20 Hz to 20KHz. Convert this into corresponding wavelength. (velocity of sound = 340m/s)

The frequency of a sound in FM station is 103.6MHz and velocity of radio waves is 3 x 108 m/s. Calculate the wavelength of sound transmitted by the radio station.

Source of sound produces 20 crests and 20 troughs in 4 seconds. The second crest is 3cm away from the first crest. Then calculate wavelength, frequency and wave speed.

The velocity of sound in three different gases A, B and C are given in the table. Study the table and answer the following questions.

The frequency of the sound wave of a baby, woman and an adult man are given in the table.